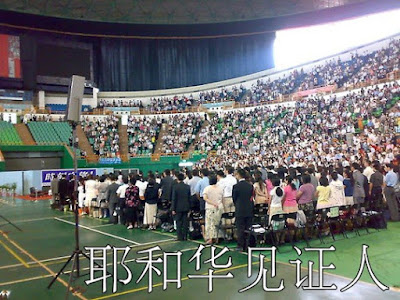 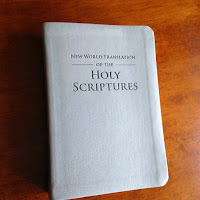 Over the past year, Russian authorities have taken another step in restricting religious freedom by
refusing to allow Bibles published by Jehovah’s Witnesses to be imported. The Witnesses were astounded to learn that the Vyborg Customs Office claimed that the Bibles may contain signs of “extremism.” This has broad implications not only for the Witnesses but also for Russian citizens who consider the Bible to be a sacred text and integral to their faith.

Alarming Allegations Against the Bible

On July 13, 2015, Russian customs officials in the border city of Vyborg stopped a shipment of 2,013 Russian-language copies of the New World Translation of the Holy Scriptures. The authorities confiscated three of the Bibles, sent them to an “expert” to determine whether they contained “extremist” language, and impounded the rest of the Bibles. Customs officials initiated an administrative case in August against the Finland branch office of Jehovah’s Witnesses (as the carrier of the literature into Russia).

Earlier, on May 5, 2015, customs authorities seized a shipment of religious literature that contained Ossetian-language Bibles published by Jehovah’s Witnesses. This has had a profound impact on Ossetian-speaking Christians in Russia because the New World Translation is currently the only complete Bible translation in the Ossetian language.

Although Russian officials have misapplied Russia’s Federal Law on Counteracting Extremist Activity to publications of Jehovah’s Witnesses before, this marks the first time authorities have alleged that a translation of the Bible could be linked to extremism. * If the courts declare these Bibles to be extremist, they will be banned from distribution in Russia.

Unlawful Blocking of Other Publications

In addition to blocking the importation of Bibles, customs officials have unlawfully blocked shipments of the Witnesses’ religious literature since March 2015. * Officials have followed the same procedure each time they seize a shipment. They first perform an unlawful search to obtain sample publications for an “expert study,” * and then the prosecutor’s office initiates proceedings to declare the publications extremist. Complicated legal battles are inevitable, since nearly every shipment will require litigation in administrative and arbitration courts.

In an attempt to release one of the shipments, Jehovah’s Witnesses presented the customs authorities with positive court decisions, expert studies, and other documentation showing that the government has already declared these publications to be nonextremist. Yet, customs officials ignored the evidence and seized the shipment.

The blocking of the Witnesses’ print publications comes amid fresh restrictions on access to their electronic publications. On July 21, 2015, Russia became the only nation in the world to ban jw.org—the official website of Jehovah’s Witnesses. Internet providers throughout Russia have blocked access to the site, and anyone in Russia who promotes the website faces administrative or criminal charges.

The ban severely impedes the Witnesses’ ability to obtain religious publications in electronic form, a loss particularly felt among Jehovah’s Witnesses who are deaf or blind. Since Bible education is fundamental to the Witnesses’ religious services, restricting access to their literature interferes with their worship.

Russian courts have dismissed or overturned previous attempts to ban other texts that are considered sacred. In 2011, a Russian court in Tomsk dismissed a claim to ban an edition of the Hindu Bhagavad Gita. In 2013, an appeal court overturned a decision that had declared a translation of the Koran to be extremist.

Posted by Elijah Daniels at 5:01 PM