Jehovah's Witnesses and the Cross

"Jehovah’s Witnesses firmly believe that the death of Jesus Christ provided the ransom that opens the door to everlasting life for those who exercise faith in him. (Matthew 20:28; John 3:16) However, they do not believe that Jesus died on a cross, as is often depicted in traditional pictures. It is their belief that Jesus died on an upright stake with no crossbeam." - Excerpt from the article Why Do Jehovah’s Witnesses Not Use the Cross in Worship? (Read the entire w08 3/1 p. 22 article here.)

Why Don't Jehovah's Witnesses Believe that Jesus Died Upon A Cross?

Many are surprised to read in many Bibles that Jesus was hung upon a "tree" at Acts 5:30.
http://www.biblestudytools.com/acts/5-30-compare.html

This is because the word "Stau·ros´ in both the classical Greek and Koine carries no thought of a "cross" made of two timbers. It means only an upright stake, pale, pile, or pole:

"The Greek word for `cross' (Stau·ros´) means primarily an upright stake or beam, and secondarily a stake used as an instrument for punishment and execution." - Douglas' New Bible Dictionary of 1985 under "Cross," page 253.

"STAUROS denotes, primarily, an upright pale or stake. On such malefactors were nailed for execution. Both the noun and the verb stauroo, to fasten to a stake or pale, are originally to be distinguished from the ecclesiastical form of a two beamed cross." - Vine's Expository Dictionary of Old and New Testament Words, 1981, Vol. 1, p. 256. Vine also goes on to describe the Chaldean origin of the two-piece cross and how it was adopted from the pagans by Christendom in the third century C.E. as a symbol of Christ's impalement.

The Pagan History of the Cross

Not only does the Greek word Stau·ros´ not mean a "cross" made of two timbers, but the cross "was an emblem to which religious and mystical meanings were attached long before the Christian era." - Chamber's Encyclopaedia, 1969 ed.

The pagan Romans used the symbol of the cross before and during the early days of Christianity: "These crosses were used as symbols of the Babylonian sun-god ... and are first seen on a coin of Juolius Caesar, 100-44 B.C., and then on a coin struck by Caesar's heir (Augustus), 20 B.C." - The Companion Bible.

And Prof. G.F. Snyder points out that "The sign of the cross has been a symbol of great antiquity, present in nearly every known culture. .... The universal use of the sign of the cross makes more poignant the striking lack of crosses in early Christian remains, especially any specific reference to the event on Golgotha. Most scholars now agree that the cross, as an artistic reference to the passion event, cannot be found prior to the time of Constantine." - p. 27, Ante Pacem - Archaeological Evidence of Church Life Before Constantinte.

"STAUROS ... denotes, primarily, an upright pale or stake. On such malefactors were nailed for execution. Both the noun and the verb stauroo, to fasten on a stake or pale, are originally to be distinguished from the ecclesiastical form of a two beamed cross. The shape of the latter had its origins in ancient Chaldea, and was used as the symbol of the god Tammuz (being in the shape of the mystic Tau, the initial of his name) in that country and in adjacent lands, including Egypt. By the middle of the 3rd cent. A.D. the churches had either departed from, or had travestied, certain doctrines of the Christian faith. In order to increase the the prestige of the apostate ecclesiastical system pagans were received into the churches apart from regeneration by faith, and were permitted largely to retain their pagan signs and symbols. Hence the Tau or T, in its most frequent form, with the cross-piece lowered, was adopted to stand for the cross of Christ." - p. 248, An Expository Dictionary of New Testament Words, Thomas Nelson, 1983 printing.

"In ancient Israel, unfaithful Jews wept over the death of the false god Tammuz. Jehovah spoke of what they were doing as being a `detestable thing.' (Ezek. 8:13, 14) According to history, Tammuz was a Babylonian god, and the cross was used as his symbol. From its beginning in the days of Nimrod, Babylon was against Jehovah and an enemy of true worship. (Gen. 10:8-10; Jer. 50:29) So by cherishing the cross, a person is honoring a symbol of worship that is opposed to the true God." - Reasoning From the Scriptures, "Cross".

The Cross - A Form of Idolatry 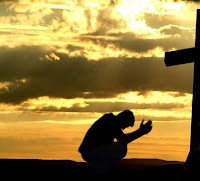 But even if we ignore the evidence and assume that Jesus was killed on a cross, the most important thing is that the cross should not be venerated. Whether it was an upright single torture stake, a cross, an arrow, a lance, or a knife, should such an instrument really be used in worship?

Not only should the thought of venerating the very instrument of Jesus' execution be offensive in itself, but the symbol of the cross is also a pagan symbol...idolatry that God commands us to not even "touch":

"You must not make for yourself a carved image or a form like anything that is in the heavens above or that is on the earth underneath or that is in the waters under the earth. You must not bow down to them nor be induced to serve them, because I Jehovah your God am a God exacting exclusive devotion." (Exodus 20:4-5)

Long before the Christian era, crosses were used by the ancient Babylonians as symbols in their worship of the fertility god Tammuz. The use of the cross spread into Egypt, India, Syria, and China. Then, centuries later, the Israelites adulterated their worship of Jehovah God with acts of veneration to the false god Tammuz. The Bible refers to this form of worship as a ‘detestable thing.’ - Ezekiel 8:13, 14.

First-century Christians, however, held the sacrificial death of Christ in high esteem. Likewise today, although the instrument used to torture and kill Jesus is not to be worshipped, true Christians commemorate Jesus’ death as the means by which God provides salvation to imperfect humans. (Matthew 20:28)

Why True Christians Do Not Use the Cross in Worship (What Does the Bible Really Teach?; JW.ORG)

Why Don’t Jehovah’s Witnesses Use the Cross in Worship? (JW.ORG)