The Universe — Did It Come About by Chance or by Design? 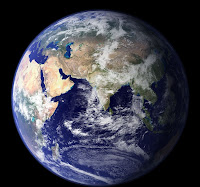 Some people say: 'Yes, our universe is all a matter of chance.' Others, especially those who are religious, disagree. Still others are just not sure.

Whatever your view, you will no doubt agree that our Universe is a marvel. And it is clear to anyone who seriously studies astronomy that Earth seems tailor-made for life to exist. Some scientists admit to believing in God because of their observations of what appears to be a fine-tuning of our Universe in general. It is equipped with fixed physical laws and with natural constants that are precisely and ideally suited to support a planet like ours and all the life on it. (See links below.)


Consider entropy. What is entropy? One dictionary describes cosmolgoical entropy as the "tendency for the Universe to attain a state of maximum homogeneity in which all matter is at a uniform temperature". The following is a list of additional definitions of entropy from a collection of textbooks:

"A measure of disorder in the universe." [Gribbin's Encyclopedia of Particle Physics, 2000]

In order to illustrate, consider a sandcastle. If there are a million different ways of arranging a handful of sand grains, with 999,999 of the ways producing disordered sand piles but only 1 producing a beautifully ordered castle, then if you keep throwing the sand grains up in the air, they will usually land in the form of a disordered pile. So, over time, if there is a force like the wind that acts to rearrange things, things will get more messy or disordered than ordered. This means that there is a difference between the past and the future: the past was more ordered and the future will be less ordered because this is the most likely way for things to play out. This is what Eddington meant by his statement that the future is more random than the past, and his description of the arrow of time as the thing that points in the direction of increasing randomness. And this is why entropy always increases.


If you take a university physics degree this is what you will learn about entropy and the arrow of time - the past had a lower entropy than the future; ordered things become disordered as time ticks by, but one might legitimately ask where all the order in the universe came from in the first place. In the case of our sandcastle, it's obvious - a person made it - but how did the person get here? A person is very ordered. How did the Earth get here? It's very ordered too. And how did the Milky Way appear if it is composed of billions of ordered worlds orbiting around billions of ordered stars? There must have been some reason why the universe began in such a high 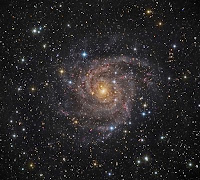 ly ordered state, such that it can gradually fall into place this way. The Universe began with sufficient order in the bank to allow planets, stars and galaxies to appear. We understand how gravity can create local order in the form of solar systems and stars, but this must be at the expense of creating more disorder somewhere else. So there must have been a lot of order to begin with. In other words, the Universe was born in a highly ordered state, and there should be a reason for that. It is unlikely to have been chance, because by definition a highly ordered state is less likely to pop into existence than a less ordered one; a sandcastle is less likely to be formed by the desert winds than a pile of sand. Since the Universe is far less ordered today than it was 13.75 billion years ago, this means it is far more likely that our universe popped into existence a billionth of a second ago, fully formed with planets, stars, galaxies and people, than it is that the Universe popped into existence at the Big Bang in a highly ordered state.

In summary, something had to have always existed in order for the physical universe to be here at all, whether it is God or an always-cycling Universe (which, in the case of the latter, does not seem to be possible because of entropy). But because the design of the Universe is so ordered and had to have begun in such a precise fashion, this lends significant evidence of a Designer. As the Bible stated the obvious millenia ago:

"Of course, every house is constructed by someone, but he that constructed all things is God." (Heb. 3:4)

The "coincidences" of extra protons, and the very small mass difference between a neutron and proton, etc. (Search For Bible Truths)

Why Do Some Scientists Believe in God? (Search For Bible Truths)