Why is Numerology so Appealing and Does it Really Work? 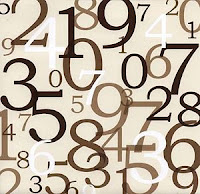 Numerology—in which special significance is attached to figures, their combinations, and numerical totals—has been a widespread practice in Africa, Asia, and the Americas. Why the allure? According to one Web site, decoding the letters of the alphabet used in names—one popular aspect of numerology—“yields accurate information concerning personality, nature, qualities and shortcomings.” According to this source, studying our “date of birth uncovers our life path, with its joys and trials.”

Are these claims true? Or could there be hidden dangers in the metaphysical study of numbers?

DOES numerology stand up under the scrutiny of science and reason? Are numbers the means by which our destiny can be revealed? Should you build your future around numerological findings and predictions?

One objection that numerologists have been unable to overcome is that different cultures use different calendars. For example, what if someone lives where the Chinese calendar is used? Consider [a memorable date]—September 11, 2001. According to the Chinese calendar, that was the 24th day of the 7th month of the 18th year of the 78th cycle. The Julian calendar would express the same date as August 29, 2001. According to the Muslim calendar, it was 22 Jumada II 1422, while the Hebrew calendar had it as 23 Elul 5761. How could there be numerical significance to a date that is expressed in so many ways? Another factor: Languages often have unique spellings of names. For example, the letters contained in the English name John have a numerological value of 2, but the letters in the Spanish spelling of the same name—Juan—have a value of 1.

It is one thing to recognize that many aspects of the universe can be explained by mathematical formulas. These formulas can be tested and demonstrated. But it is quite another matter to claim that your name was preordained to coincide with your date of birth and to be linked with certain numbers so that you can ascertain your destiny.

The conclusion is clear: To believe that numerological interpretations are accurate, when they are based upon such widely variable factors as calendar and language, is to stretch the limits of credibility to an absurd degree.

Some become interested in numerology because they desire to make their life predictable. However, the Bible makes it plain that the details of human life cannot be mapped out in advance. We read: “The swift do not have the race, nor the mighty ones the battle, nor do the wise also have the food, nor do the understanding ones also have the riches, nor do even those having knowledge have the favor; because time and unforeseen occurrence befall them all.” (Ecclesiastes 9:11) Yes, many events take place unexpectedly. Such chance happenings defy efforts to predict outcomes based on birth date or numerical value of a name.

Consider another example: In encouraging generosity, the Bible states: “Send out your bread upon the surface of the waters, for in the course of many days you will find it again. Give a portion to seven, or even to eight, for you do not know what calamity will occur on the earth.” (Ecclesiastes 11:1, 2) With few exceptions, calamities are things that people do not—indeed, cannot—know in advance. Hence, mathematics professor Underwood Dudley writes regarding numerologists: “They fail to give chance sufficient credit. Amazing things can happen at random.”

It is true that numerologists may make some predictions that come true. What accounts for this? In some instances, the outcome may be coincidental. Then, too, sometimes the language of numerologists is so ambiguous that it could apply to several outcomes. But there is something more serious to consider.

A Form of Divination?

The Bible does not mention numerology by name. But it does tell of Haman, an Amalekite who plotted the extermination of the Jews living in Persia during the fifth century B.C.E. The account says: “Haman ordered the lots to be cast (‘purim,’ they were called) to find out the right day and month to carry out his plot. The thirteenth day of the twelfth month, the month of Adar, was decided on.” —Esther 3:7, Today’s English Version.

In ancient times, casting lots was a legitimate way of settling a controversy. (Proverbs 18:18) But Haman cast lots to practice divination—something that the Bible condemns. Deuteronomy 18:10-12 states that God detests “anyone who employs divination, a practicer of magic or anyone who looks for omens or a sorcerer, or one who binds others with a spell or anyone who consults a spirit medium or a professional foreteller of events . . . Everybody doing these things is something detestable to Jehovah.”

The Bible links divination and uncanny power to spiritism. Wicked spirits can maneuver events to suit their purpose. Whether this is the case in a specific instance or not, one thing is certain: The practice of spiritism is condemned by God, and it can bring one under the control of wicked spirits.—1 Samuel 15:23; Ephesians 6:12.

Numerology is devoid of scientific basis, and it fares badly when examined under the light of reason. More important, because it is a form of divination, numerology conflicts with Bible teachings. In view of that, numerology is not a beneficial means of regulating your life or planning your future. - 9/8/02 Awake!

Numerology - Why is it so Appealing and Does it Really Work? (Search For Bible Truths)

Theomatics - Does it Work? Does the Bible Have a Hidden Code? (Search For Bible Truths)