Didn't Adam and Eve Already Have to Know What Was Bad in Order to Eat From the Tree and Disobey God? 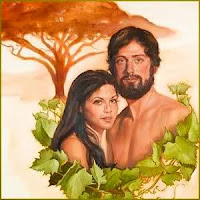 Some people believe that Adam and Eve had to have already known what was good and bad before disobeying God and eating the fruit of the tree of the knowledge of good and bad. After all, the reasoning goes, one would have to know that it was bad to disobey in the first place. So, is there something wrong with the Genesis account or rather is there a deeper meaning as to what sense it was that Man came to know "bad"?


How Adam and Eve came to know "bad"

Because God prohibited the eating of the fruit from the tree of "the knowledge of good and bad" from the first human pair, the tree became a symbol of God's right to determine or set the standards for humans as to what is "good" (approved by God) and what is "bad" (condemned by God).

So, for Adam and Eve, it became a test of their respect for God's position and authority. It became a test of whether or not they would choose to judge for themselves what was good and what was bad. A test that we all know our first human parents failed. Which resulted in all of us (their children) inheriting their imperfection and sin:

"That is why, just as through one man sin entered into the world and death through sin, and thus death spread to all men because they had all sinned." (Rom. 5:12)

Below is a small excerpt from the Insight Book (Vol. 2, Section "Knowledge") by the Watchtower Bible and Tract Society that explains this further:

'"Here the man has become like one of us in knowing good and bad." (Gen. 3:22) This apparently did not mean merely having knowledge of what was good and what was bad for them, for the first man and woman had such knowledge by reason of God's commands to them. Furthermore, God's words at Genesis 3:22 could not pertain to their now knowing what was bad by experience, for Jehovah said that they had become like him and he has not learned what is bad by doing it. (Ps. 92:14, 15) Evidently, Adam and Eve got to know what was good and what was bad in the special sense of now judging for themselves what was good and what was bad. They were idolatrously placing their judgment above God's, disobediently becoming a law to themselves, as it were, instead of obeying Jehovah, who has both the right and the wisdom necessary to determine good and bad. So their independent knowledge, or standard, of good and bad was not like that of Jehovah. Rather, it was one that led them to misery. - Jer. 10:23." (Emphasis mine)

For more concerning Adam and Eve, use the search box at the top of this page or see: