Jehovah's Witnesses and Birthdays - Why Don't They Celebrate?

There are many wholesome occasions that Jehovah's Witnesses participate in or celebrate such as marriages, anniversaries, the birth of a baby, graduations and various other happy occasions. But some may wonder why Jehovah's Witnesses do not participate in birthday observances. "What is wrong with birthdays?" they may ask. "After all, there is no specific command in the Bible that condemns birthdays, is there?" Some have even pointed to Job 1:4 as evidence for celebrating birthdays noting that the Scripture seems to show Job’s children celebrating their birthdays. (Yet, upon closer examination of this Scripture, the Hebrew text shows that this does not apply to birthdays. Job himself apparently did not attend and at Job 1:5 Job even prayed for his children saying that they may have "sinned and have cursed God in their hearts.")

To provide a basis in understanding why Jehovah's Witnesses do not celebrate birthdays, it is important to consider that Jehovah's Witnesses place the highest priority on basing their beliefs, their standards for conduct, and organizational procedures on the Bible. So then, there needs to be an honest examination to Bible references and principles regarding birthdays.


What the Bible Does and Does Not Say About Birthdays 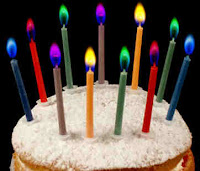 "Origen [a writer of the third century C.E.] . . . insists that `of all the holy people in the Scriptures, no one is recorded to have kept a feast or held a great banquet on his birthday. It is only sinners (like Pharaoh and Herod) who make great rejoicings over the day on which they were born into this world below.'" -The Catholic Encyclopedia, 1913, Vol. X, p. 709

It is also significant that the Bible never mentioned that Jesus - the greatest man who ever lived and all Christian's exemplar - ever celebrated his birth, nor did the early Christians. In fact, the attitude was quite the opposite:

Historian Augustus Neander writes: "The notion of a birthday festival was far from the ideas of the Christians of this period." (The History of the Christian Religion and Church, During the Three First Centuries, translated by H. J. Rose, 1848, p. 190)

Birthday Celebrations Were Viewed as Having Pagan Origins

The Bible's direct references to birthdays are helpful in how true Christians should view them. Jehovah's Witnesses also do not celebrate birthdays because popular customs associated with birthday celebrations were viewed as having pagan origins:

The Jews "regarded birthday celebrations as parts of idolatrous worship . . . , and this probably on account of the idolatrous rites with which they were observed in honor of those who were regarded as the patron gods of the day on which the party was born."- M'Clintock and Strong's Cyclopaedia (1882, Vol. I, p. 817)

"The later Hebrews looked on the celebration of birthdays as a part of idolatrous worship, a view which would be abundantly confirmed by what they saw of the common observances associated with these days."—The Imperial Bible-Dictionary (London, 1874), edited by Patrick Fairbairn, Vol. I, p. 225

“Early Christians [from time of Christ until the 4th century] frowned on [celebrating anyone’s birthday], which was too closely linked with pagan customs to be given the approval of the church.” - How It Started, Garrison, copyright 1972 by Abingdon Press, p. 213

"Christians of the first century did not celebrate the festival honoring the birth of Jesus - for the same reason they honored no other birthday anniversary. It was the feeling at that time by ALL Christians that the celebration of all birthdays (even the Lordâs) was a custom of the PAGANS. In an effort to divorce themselves from ALL pagan practices, the early Christians refused to set aside a date marking Jesus' birth. As a result, the first celebration of Christmas by Christians did not take place until the fourth century."

The Jews themselves never celebrated birthdays until long after the death of Jesus. They considered it a purely pagan custom and detestable to the God they worshiped. Jesus and his Apostles continued this belief and so did their followers for centuries.

Likewise, just as the early Christians, Jehovah's Witnesses today view these things seriously because they are aware that Jehovah God views these things very seriously. (Lev. 19:2) God Himself said: "You must not have any other gods against my face. Because I Jehovah your God am a God exacting exclusive devotion." (Ex. 20:1-5) NWT

"Therefore come out from them and be separate, says the Lord. Touch no unclean thing, and I will receive you." - 2 Cor. 6:17.

Notice how exclusive the worship of God must be: "Be careful to do everything I have said to you. Do not invoke the names of other gods; do not let them be heard on your lips." - Exodus 23:13, NIVSB. 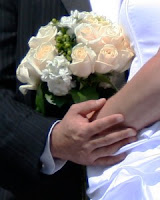 Considering the above also explains a common question as to why Jehovah's Witnesses celebrate wedding anniversaries but not birthday anniversaries. This is because there are no pagan origins connected to marriage or wedding rings. Marriage was divinely instituted by the "one true God"...Jehovah. (Genesis 2:18-24; Matthew 19:4-6; John 17:3)

Posted by Elijah Daniels at 4:41 AM