The Deluge—A View from Ancient Mesopotamia

The Deluge—A View from Ancient Mesopotamia

The ancient Babylonian Epic of Gilgamesh contained an account about a vast flood that destroyed all mankind. Many claim that this flood legend is based upon history that is much older than the Biblical account of a global flood as found at Genesis chapters 6 through 8.

During the early part of the 19th century, the Bible’s record of a worldwide deluge survived by Noah and his family was subjected to much criticism and dismissed by many as mere legend. But due to an archaeological discovery in the spring of 1850, widespread interest in the Noachian flood was once again aroused. Diggings at Nineveh led to the discovery of a room filled with clay tablets. Archaeologists had found the clay-tablet library of Assyrian ruler Ashurbanipal.

Later, as George Smith of the British Museum proceeded to decipher cuneiform texts from this collection, he encountered a series of tablets known as the Gilgamesh Epic. As he worked with one of those tablets, Smith’s heart leaped for joy. Letter by letter he made out:

“Man of Shurippak, son of Ubara-Tutu! Tear down (thy) house, build a ship! Abandon (thy) possessions, seek (to save) life! . . . [Cause to] go up into the ship the seed of all living creatures. The ship which thou shalt build, Its measurements shall be (accurately) measured . . . ”

Smith realized that he was dealing with a report of the Flood from an Assyro-Babylonian point of view. 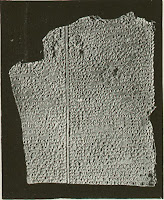 Though that version was dated to the seventh century B.C.E., scholars realized that the source material used in its composition was much older. Today some of the more ancient accounts have been discovered. The oldest known non-Biblical Flood account is found in a Sumerian narration. Fragments of that narration on a broken clay tablet were found at Nippur in southern Mesopotamia. Some experts believe that it was written between the 21st and 18th centuries B.C.E. A passage from this Sumerian document reads: “[Give] ear to my instruction: By our . . . a flood [will sweep] over the cult-centers; To destroy the seed of mankind . . . Is the decision, the word of the assembly [of the gods].”

But let us return to the Gilgamesh Epic. Gilgamesh is thought to have been an early ruler of the town of Uruk (called Erech at Genesis 10:10). A Sumerian king list assigns him to the first dynasty of Uruk. One dictionary says of this individual: “A cycle of Sumerian mythical-epic poetry was built around Gilgamesh, handed down only fragmentarily since about 1900 B.C.E.”

The Gilgamesh Epic itself contains a number of poems combined into one work. It spans 12 clay tablets of which the 11th presents the Flood story. In summary, its contents are as follows: Gilgamesh learns that his friend Enkidu has died. Consequently, fear of death drives Gilgamesh to seek out Utnapishtim, said to be the only mortal who has attained to eternal life. Gilgamesh crosses the river of death by means of a ferryman and meets Utnapishtim, who tells him of the Flood and how he managed to survive it. In an older Babylonian Deluge story Utnapishtim bears the name Atrahasis, meaning “the exceedingly wise one.”

That information on clay tablets is truly significant. Though highly charged with fanciful details, it demonstrates that a flood of massive proportions had become stamped on the memory of mankind.

A Difference of Opinion

After experts had carefully examined the Gilgamesh Epic, opinions became divided over which Flood account was older, the Mesopotamian one mentioned in the Epic, or the one found in the Bible. Many adopted the viewpoint that the non-Biblical account was first. For example, in Gods, Graves, and Scholars, C. W. Ceram asserts that it is “impossible to question the fact that the primal version of the Biblical legend of the Deluge had been found.”

But is it correct? Does the Flood narrative of Genesis really have its origin in Sumerian or Babylonian legends? It seemed best to seek an answer to that question by making a comparison of the Bible’s Flood account with that found in the Epic of Gilgamesh.

The global flood occupies a prominent place in the histories of ancient nations. More than 100 separate Deluge stories from every part of the earth have been found, including the one in the Gilgamesh Epic. 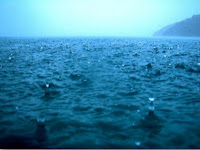 In some details, that ancient Mesopotamian Flood account resembles the one in the Holy Scriptures. For instance: Both sources relate that, with the exception of just a few survivors, the entire human race suffers destruction. One person is told to build a vessel for preservation. Waters pour down from the heavens day after day. Afterward, birds are sent out of the vessel to determine whether dry land has emerged. Upon leaving the preservation vessel, survivors offer sacrifice.

Do such resemblances constitute proof that the Gilgamesh Epic or earlier Mesopotamian Deluge legends take precedence over the Biblical record? Before answering that question, it would be helpful to isolate some of the . . .

First, as to the cause of the Deluge. According to the Gilgamesh Epic, an assembly of gods resolved to destroy mankind by means of a flood. Though that decision was to be kept secret, the god Ea (in the Sumerian account “Enki”) warned his favorite, Utnapishtim, about it.

The older Babylonian Atrahasis Epic states that one of the gods (Enlil) felt disturbed in his sleep due to noise made by humans. He turned for help to the divine assembly of “great gods” who then sent a famine for some six years, but without bringing the desired quietness. When the gods decided to send a flood, Ea disclosed the plan to Atrahasis, who built a survival vessel according to divinely given measurement.

The Biblical Flood account is altogether different. In it is stated a truly just cause for the Flood:

“Jehovah saw that the badness of man was abundant in the earth and every inclination of the thoughts of his heart was only bad all the time. And the earth came to be ruined in the sight of the true God and the earth became filled with violence. So God saw the earth and, look! it was ruined, because all flesh had ruined its way on the earth. After that God said to Noah: ‘The end of all flesh has come before me, because the earth is full of violence as a result of them; and here I am bringing them to ruin together with the earth.’”—Gen. 6:5, 11-13.

As to perishing in the Flood or surviving it, the Bible relates that people died because they ‘took note’ of neither the work being done by Noah and his family on the ark for survival nor what Noah said as “a preacher of righteousness.” (Matt. 24:39; 2 Pet. 2:5) If they had heeded Noah’s warning words and example, they would have survived.

Too, in the Bible there is no command that Noah keep secret the fact that God was going to bring a global flood. However, the Mesopotamian legend indicates that the god Ea went so far as to suggest that Utnapishtim should deceive his contemporaries so as to keep them in the dark with regard to the coming catastrophe.

Important differences appear also with reference to the effect of the Flood. The Gilgamesh Epic relates that the gods became full of dismay and sought refuge in the highest heavens of the god Anu. Before entering, they “cowered like dogs,” crouched in distress and pressed to the wall. With weeping they raised voices of protest. Especially the goddess Ishtar reproached herself bitterly for originally consenting in the council of gods to mankind’s destruction.

And there are yet further differences. The Epic reports that, following the Flood, when Utnapishtim was about to offer sacrifice, “the gods crowded like flies about the sacrificer.” Ishtar, “the great goddess,” desired to exclude Enlil from the sacrifice and reproached him for having caused the calamity. The Mesopotamian account depicts Enlil as being enraged that one of the human race had survived.

This analysis of similarities and differences is very helpful in determining which account of the Flood came first.

After noting differences between Flood accounts from the Bible and ancient Babylon, P. J. Wiseman wrote in New Discoveries in Babylonia About Genesis: “The Bible account is simple in its ideas, and irreproachable in its teaching about God, while the Babylonian tablets are complex and polytheistic. The difference may be compared to that between the pure waters of the springs at the source of the Thames, and the contaminated waters of the docks of London. There are resemblances between a river at its source and at its termination, both are in one sense the same river; so in Genesis we find the story at its pure source, while in the Babylonian it is seen at its contaminated development.”

As for the Bible’s being dependent upon Flood accounts from ancient Babylonia, the Lexikon zur Bibel by Fritz Rienecker contains the remark: “A literary dependence of the Biblical, entirely unmythological Flood account on the Babylonian stories appears to be, however, totally unlikely in view of the differences of both texts in manner and contents.”

(According to) Bible chronology, the writer of Genesis did not need to draw upon any Babylonian legend. Because of the overlapping of life-spans, the truth about the Flood could easily have been handed down by Noah’s son Shem (who was an eyewitness) through just three human links to Moses, the writer of Genesis. It is unreasonable to think that the Hebrews, who worshiped the same God as Noah did, would not have included an event of such importance in their history.

Jesus Christ, too, acknowledged that the Genesis account was the truth. When speaking of the coming destruction of the present wicked system of things, he said: “For as they were in those days before the flood, eating and drinking, men marrying and women being given in marriage, until the day that Noah entered into the ark; and they took no note until the flood came and swept them all away,” so it would be at this system’s end.—Matt. 24:37-39.

Thus, this strengthens the conviction that the Bible’s account of the Flood is authentic, genuine. It does not rest on the shifting and exaggerated folklore of primitive peoples. - 7/8/80 Awake! "The Deluge—A View from Ancient Mesopotamia"