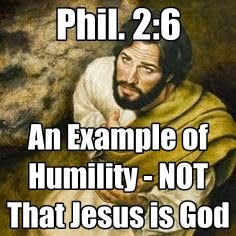 Chapters 10 through 12 of the Book of Daniel tells of Daniel's prophecy concerning the ongoing enmity between the "King of the North" and the "King of the South". The political identities of these two kings have changed as the battle between them continued for the past 2,000 years and down into our day. Considering that this prophecy also concerns "the time of the end" (Daniel 12:4), this should be of interest to us. This is because this prophecy could give us a clear view of where we are in the stream of time.

The following is specifically centered on the "time of the end” (Daniel 11:40 through Daniel 12:9). But some excellent information concerning the changing of the political identities of these two kings prior to the 20th century can be found in the Daniel's Prophecy book published by the Watchtower and Bible Tract Society.

Concerning the "Time of the End”

“In the time of the end the king of the south will engage with him [the King of the North] in a pushing.”


If “the time of the end” here means the same as it does at Daniel 12:4, 9, we should look for the fulfillment of these words throughout the last days. What immediately comes to mind when a "pushing" is described between two major powers durin

g the course of our past century? What two "kings" have targeted fearsome nuclear weapons on each other and have engaged in high-tech espionage as well as diplomatic and even limited military offensives? This kind of "pushing" has even adopted a name: The "Cold War".

Daniel 11:40b helps to identify the King of the North in “the time of the end”:

“Against him the king of the north will storm with chariots and with horsemen and with many ships; and he will certainly enter into the lands and flood over and pass through.”

But what happens next? The following is a brief excerpt from the 11/1/93 Watchtower, "The Final Victory of Michael, the Great Prince", pars. 10-14:

"Does the rivalry between the two kings continue indefinitely? No. The angel told Daniel: “There will be reports that will disturb him [the king of the north], out of the sunrising and out of the north, and he will certainly go forth in a great rage in order to annihilate and to devote many to destruction. And he will plant his palatial tents between the grand sea and the holy mountain of Decoration; and he will have to come all the way to his end, and there will be no helper for him.”—Daniel 11:44, 45.

"These events are yet future, so we cannot say in detail how the prophecy will be fulfilled. Recently, the political situation regarding the two kings has changed. The bitter rivalry between the United States and Eastern European countries has cooled. Further, the Soviet Union was disbanded in 1991 and no longer exists.—See the March 1, 1992, issue of The Watchtower, pages 4, 5.

"So who is the king of the north now? Is he to be identified with one of the countries that were part of the old Soviet Union? Or is he changing identity completely, as he has a number of times before? We cannot say. Who will be the king of the north when Daniel 11:44, 45 is fulfilled? Will the rivalry between the two kings flare up again? And what of the huge nuclear stockpiles that still exist in a number of lands? Only time will provide the answers to these questions.

"One thing we do know. Soon, the king of the north will conduct an offensive campaign that will be triggered by “reports that will disturb him, out of the sunrising and out of the north.” This campaign will immediately precede his “end.” We can learn more about these “reports” if we consider other Bible prophecies.

Do Jehovah's Witnesses Eat Red Meat Since it May Contain a Trace of Blood? 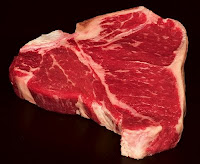 Though Christians are to abstain from blood (Acts 15:29), the Bible shows that the eating of flesh by Christians is proper, for God Himself told us that we could eat meat from "every animal". "Every moving animal that is alive may serve as food for YOU." (Gen. 9:3)

But God commanded that before eating the flesh of an animal, his people were to pour out its blood on the ground and cover it with dust, being careful not to eat the blood, on pain of death. (Deut. 12:23-25; Lev. 7:27) This is our way for us to show respect for God's view of life.

So when someone carefully takes the strict precautions that God outlined by making sure that an animal is properly bled before consumption, they wouldn't be breaking God's command of eating blood. Since God Himself has issued these directions, obviously, if properly done, God does not have a problem with eating the meat from "every animal".

People can rest assured that nearly all blood is removed from meat during slaughter, which is why you don’t see blood in raw “white meat”; only an extremely small amount of blood remains within the muscle tissue when you get it from the store. (Also see: The Red Juice in Raw Meat is Not Blood (todayifoundit.com)

Posted by Elijah Daniels at 4:17 PM