Christmas - It's Origins And Associations

There are many wonderful occasions for Christians to observe or commemorate. However, God does not approve of certain customs if they come from false religion or are against Bible teachings. (Matthew 15:6) If a holiday or custom is being deliberately participated in by a Christian, it must have absolutely no known pagan religion associations.

The majority of this page contains quotes and references concerning the pagan origins and associations in connection with: DECEMBER 25, JESUS' BIRTHDAY, GIFT-GIVING, FEASTING, MERRY-MAKING, CHRISTMAS TREES, MISTLETOE, HOLLY, and YULE:

"Neither scripture nor secular history records the date of Jesus' birth; even the season of the year is not stipulated. Some evidence points to spring, but it is not conclusive. The only thing reasonably certain about the coming of the Christ Child is that his birth did not take place in winter. .... In A. D. 350 Pope Julius I formally designated December 25 as Christmas. He chose that date because it coincided with important pagan festivals. These, in turn, were linked with the winter solstice [the shortest day of the year]." - How it Started, p. 54.

"It was noted later that this date [Dec. 25] would fall within the rainy season in Palestine, so that the shepherds would hardly have been in the fields as they were when Jesus was born." - p. 1425, The World Book Encyclopedia, 1958.

"a week-long Saturnalia [honoring the Roman god Saturn] from Dec. 17 to 24. It was a time of unrelieved merriment and joy.... gifts were given all around." Asimov continues, "the worship of Mithra, a sun-god of Persia, was becoming popular, especially among the soldiers. The Mithraists celebrated the birth of Mithra at the winter solstice, a natural time, and fixed on the day December 25 so that the popular Roman Saturnalia could build up to the Mithraist `Day of the Sun' as a climax.

"At that time, Christianity was locked in a great duel with the Mithraists for the hearts and minds of the people of the Roman Empire. .... Sometime after 300, Christianity managed the final coup of absorbing the Saturnalia, and with it scored its final victory over Mithraism. December 25 was established as the day of the birth of Jesus and the great festival was made Christian. There is absolutely no Biblical authority for Dec. 25 as having been the day of the Nativity." (Cf. "Sol Invictus", p. 725, An Encyclopedia of Religion, 1945 ed.)

"December 25 was already a major festival in the pagan Roman world, the Dies Natalis Solis Invicti, or `Birthday of the Unconquered Sun,' a feast honoring the renewal of the sun at the winter solstice. Pagan celebrations on December 25 had included feasting, dancing, lighting bonfires, decorating homes with greens, and giving gifts. So when this became a Christian [?] festival, the customs continued, but with a Christian [?] meaning imparted to them. Throughout the [Catholic] Middle Ages, Christmas was a richly varied religious holiday. However, during the Commonwealth, the English Puritans, repelled by both the pagan practices and the religious ceremonies, forbade any religious or secular celebration of Christmas. The English celebration returned with the return of the Stuarts ["near-Catholic" Church of England monarchs], but Christmas observances were still outlawed in Puritan New England for many years; and not until the 19th century did Christmas become a legal holiday in America." - p. 414, Vol. 4, Encyclopedia International, Grolier, Inc., 1966.

"Early Christians [from time of Christ until the 4th century] frowned on [celebrating anyone's birthday], which was too closely linked with pagan customs to be given the approval of the church." - How It Started, p. 213.

"Christians of the first century did not celebrate the festival honoring the birth of Jesus - for the same reason they honored no other birthday anniversary. It was the feeling at that time by ALL Christians that the celebration of all birthdays (even the Lord's) was a custom of the PAGANS. In an effort to divorce themselves from ALL pagan practices, the early Christians refused to set aside a date marking Jesus' birth. As a result, the first celebration of Christmas by Christians [?] did not take place until the fourth century."

Yes, the Jews themselves never celebrated birthdays until long after the death of Jesus. They considered it a purely pagan custom and detestable to the God they worshiped. Jesus and his Apostles continued this belief and so did their followers for centuries! 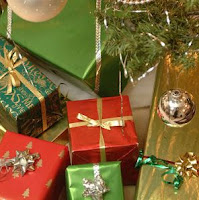 The Saturnalia, a pagan Roman festival honoring the Roman god Saturn, has supplied many of the elements found in Christmas.

"Saturnalia presents included wax dolls, given to children. A charming custom, no doubt, by times of record, but with a macabre past: even contemporaries thought this probably a vestige of human sacrifice, of children, to aid sowing." - History Today, as quoted in 22 Dec. 1992 Awake!.

"The early Church in Rome had a particularly hard battle against two other great pagan festivals, the week-long Saturnalia, which began Dec. 17, and the Kalends, which greeted the New Year. The first festival was a time of licensed misrule, often presided over by a lord of merriment, not so much Santa as fat Saturn himself, the orgiast of eating, drinking and other kinds of naughtiness. It was during Kalends, when the year changed, however, that gifts were ritually exchanged, often tied to the boughs of greenery that decorated houses during the festivities.

"The attitude of the early church toward all this indecent jollity was predictably frosty. Its fathers, notably the fulminating St. John Chrysostom, urged no compromise with heathen abominations." - Simon Schama, professor of history at Harvard University, in a feature article of the 24 Dec. 1991 issue of The New York Times. 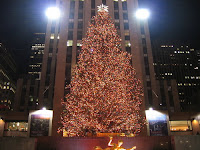 "Many countries claim the distinction of having launched the custom of erecting Christmas trees, but it may have begun independently in several parts of Europe. Ceremonial worship of trees in ancient pagan rites almost certainly led to the decoration of trees at the time of the winter solstice. German emigrants [coming to the U.S.] brought with them the custom of setting up trees in their houses at Christmas." - How It Started, pp. 52, 53.

"It is believed that the custom is a survival of the tree worship of ancient German tribes." -- "Tree worship was common in Scandinavian countries.... When the pagans of Northern Europe became Christians [?], they made their sacred evergreen trees part of the Christian festival, and decorated the trees with gilded nuts, candles (a carry-over from sun worship), and apples to stand for the stars, moon, and sun." - pp. 1429, 1425, The World Book Encyclopedia, 1958 ed.

"I will stretch out my hand against [those worshiping me falsely in] Judah and against all who live in Jerusalem. I will cut off from this place every remnant of Baal, the names of the pagan and the idolatrous priests - those who bow down on the roofs to worship the starry host, those who bow down and swear by the LORD [Jehovah] and who also swear by Molech, those who turn back from following [Jehovah] and neither seek [Jehovah] nor inquire of him." - Zephaniah 1:4-6, NIVSB. The footnote for verse 1:5 reads: "swear by the LORD ... by Molech. Syncretism (worship of one's own god along with other gods)."

So again we see God's absolute hatred of "every remnant" of pagan worship mixed in with his true worship. Obviously this includes remnants of sacred tree worship and pagan worship of "the starry host" (stars, moon and sun)! But what were the decorations on the sacred evergreen tree intended to represent? "decorated the trees with gilded nuts, candles [electric lights today] (a carry-over from sun worship), and apples to stand for the stars, moon, and sun."

"From the earliest times the worship of trees has played an important part in the religious life of European peoples.... tree-worship is well attested for all the great European families of the Aryan stock. Amongst the Celts the oak-worship of the Druids is familiar to everyone. Sacred groves were common among the ancient Germans, and tree-worship is hardly extinct amongst their descendants at the present day. How serious that worship was in former times may be gathered from the ferocious penalty appointed by the old German laws for such as dared to peel the bark of a standing tree. [In times of famine starving peoples subsisted on the inner bark of certain trees.] The culprit's navel was to be cut out and nailed to the part of the tree which he had peeled, and he was to be driven round and round the tree till all his guts were wound about its trunk. The intention of the punishment clearly was to replace the dead bark by a living substitute taken from the culprit.... Proofs of the prevalence of tree-worship in ancient Greece and Italy [including Rome itself] are abundant." - pp. 106, 107, 108, The New Golden Bough, Sir James Frazer, Revised and edited by Dr. Theodor H. Gaster, Mentor Book, 1964 printing.

Is it any wonder that any trace of pagan worship is abhorrent to God?

"Why mistletoe [for Christmas decoration] instead of some other plant? Because this parasite which draws its nurture from oaks and other trees was regarded by the Druids of ancient Britain as endowed with supernatural power. .... Christians tried for centuries to discourage any use of mistletoe at any season of the year. The deeply ingrained practices rooted in [pagan] festivals around the time of the modern Christmas proved too stubborn to be eliminated, however." - How It Started, pp. 53, 54. 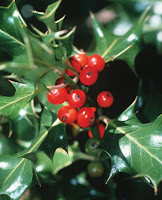 "The Druids of prehistoric Britain revered the plant we know as holly. .... It was all but inevitable that the use of the semi - sacred plant should become linked with the Christian [?] celebration that supplanted the older pagan one. Many scholars even think that `holly' is an adaptation of an early form of the word holy." - How It Started, p. 56. 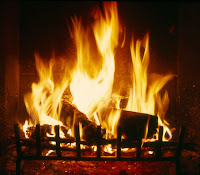 "The burning of a huge log in the fireplace on Christmas day is a tradition followed by many European Christians that was borrowed from the Norsemen who burned a huge oak log called the Juul (pronounced `Yool' or `Yule') in honor of Thor, the God of thunder. After Christianity became the accepted faith of many Norsemen, they retained this custom as a part of their Christmas celebration. Later, the Scandinavians adopted the practice and even referred to the season as the `Yule season' or `Yuletide'." England and other European countries later adopted the tradition. - The Christian Book of Why, Dr. John C. McCollister (pastor and university professor, graduate of Trinity Lutheran Seminary), p. 215, Jonathan David Publishers, Inc., 1983.

"What agreement is there between the temple of God and idols? .... `Therefore come out from them and be separate,' says the Lord. `Touch no unclean thing, and I will receive you ...' says the Lord Almighty." - 2 Cor. 6:16, 17, NIVSB. [NIVSB f.n.: "agreement...between the temple of God and idols. There can be no reversion to or compromise with the idolatry they have forsaken for the gospel (cf. 1 Th. 1:9)."]

Why Do Some People Not Celebrate Christmas? (w12/12; JW.ORG)

Posted by Elijah Daniels at 8:55 AM