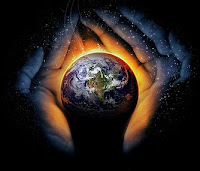 The Bible clearly shows that the Father alone is the source of all creation. And His first creation (the only direct creation by Him), His only-begotten son, is the channel through whom He caused all the rest of creation to be. "His son, whom he appointed heir of all things, through [dia] whom he made the world." - Heb. 1:2. "All things came into being through [dia] him.... The world was made through [dia] him" - John 1:3,10.

"He is the image of the invisible God, the firstborn of all creation; because by means of him all [other] things were created in the heavens and upon the earth." - Col. 1:14-16

This following is the answer given by Bar_Anerges to this question.)

There is no contradiction between Isaiah saying Jehovah alone was the Creator and Colossians saying Jesus was the agent for the Creator. In Isaiah 44:24 Jehovah is spoken of in an active sense—the Creator. But in Colossians, and everywhere else, Christ is only the passive agent of the only Creator. God is the *only one* who creates, but he uses his son as a “master worker.”

The context of Isaiah is not addressing the issue of whether Jehovah used someone else in creation or not. The context was a comparison between the true Creator and false Gods. BDB lexicon on page 94 gives one definition of the Hebrew BAD (alone) as that of “acting independently.” In this sense Jehovah needed no assistance from the false Gods in the context to create. But Christ’s activity in creation is never described as acting independently. 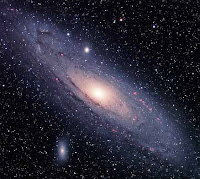 Jehovah many times says he does something “alone” and yet we find that he used humans and angels to actually do the work.

BDB lexicon lists the use of BAD in Isa.63:3 where Jehovah indicates that he “alone” acted when He exacted retribution upon Edom. But, it was not Jehovah who personally punished these people but He used men as agents. So, is there a contradiction here? Or does it just mean that Jehovah as the SOURCE of retribution?!!

At Ezek 36:33, 36 Jehovah says “I myself” will build the cities of Israel after the exile. Did He personally rebuild them or did His people do the work at His direction?

All these acts were done by Jehovah’s permission and authority alone, but it was others who carried them out.

Daniel 4:30 says the king built Babylon himself. Did King Nebuchadnezzar literally build Babylon by himself? No! But rather he was credited as it’s ORIGINATOR. It was built by his authority and no other’s.

So, the use of the term, “alone” and “by myself” do not necessarily mean that Jehovah did not use some representative to actually perform the action.

The context of Isaiah is on Jehovah being the “author” or “originator” of the creation, in contrast with the false idol gods the nation of Israel were getting involved with. Jehovah is the true source of all life and all things. He alone deserves the honor and worship of his creation, and not the false idol gods.

Logically, semantically, and contextually there is no reason that Jehovah cannot be said to be the “Sole Creator,” and yet still have delegated the actual work to an intermediary or representative. Since Jehovah was the Source of the power, and the sole designer, he indeed could say “I alone have created all things,” even though the Bible does clearly teach that he created the heavens and the earth THROUGH his *Son* and “master worker” in heaven! (Jn. 1:3; Col.1:15- 16;1Cor.8:6; Heb.1:2; Pro. 8:30).

Jehovah is alone the source of all things, the one alone from which the stretching out the heavens and the laying of the foundations of the earth comes. No other has such an authority or ability within himself, including Jesus. Nevertheless, God did grant Jesus the power and authority perform these tasks. 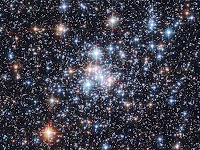 So, there is absolutely no dilemma concerning these two statements. In his role as the Creator, and sole author of the creation, Jehovah indeed *alone* created the systems of things, through the agency of Jesus, his “master worker.” (Proverbs 8:30) Here we see that Jesus calls the earth “his,” or Jehovah’s, and not “mine.”

Whether the word “other” is added to Col. 1 makes absolutely no difference. The fact is that EVERY verse mentioning Jesus’ role in creation actually proves that he is NOT the Creator. The Bible always makes it clear that God created “THROUGH” (DIA) Christ, and it is never said that Christ created!! The Greek text *always* presents Jesus as the intermediate *agent* or “masterworker” who worked under God’s direction (Col.1:16; Heb.1:2; Jn.1:3; Pro.8:30). Correct translations make this clear: NKJV, NASB, ASV, WEB, NAB, NJB, NIV, NRSV.