Does the Fact That the Bible Contains Scribal Errors and Alterations Have Any Bearing on the Bible’s General Integrity? 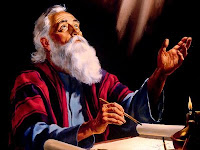 Jehovah’s Witnesses believe that the Bible AS ORIGINALLY TRANSMITTED was without error.

However, it would be extremely naive to claim that the extent original language manuscripts that we now have are without error.

The fact is that no reputable scholar of any religion believes in a totally unchanged Bible text. EVERY Bible translation in existence must choose between various text readings and make a determination as to what word(s) were lost or added. When this is done using sound textual principles we have a very accurate text and versions which are 99% in agreement.

While God did not prevent the copyists from making any mistakes, He did providentially limit the degree of variation so that the doctrinal content of the NT was not affected (except for several well known spurious verses added by Trinitarians in the 10th cent.).

While there are a number of scribal errors and alterations which crept into the text, these are insignificant and have no bearing on the Bible’s general integrity. They have been detected and corrected by critical comparison of the many extant manuscripts.

As Sir Frederic Kenyon said: "The general result of all...this study is to strengthen the proof of the authenticity of the Scriptures, and our conviction that we have in our hands, in substantial integrity, the veritable Word of God." - The Story of the Bible

The fact is that regardless of which variant reading is chosen, the meaning of the passage is not usually affected.

Kenyon stated: “The first and most important conclusion derived ...is the satisfactory one that they confirm the essential soundness of the existing texts. No striking or fundamental variation is shown either in the Old or the New Testament. There are no important omissions or additions of passages, and no variations which affect vital facts or doctrines. The variations of text affect minor matters, such as the order of words or the precise words used.... But their essential importance is their confirmation...of the integrity of our existing texts.”—Fasciculus I, p. 15.”

So the evidence demonstrates that the Scriptures have come down to us in essentially the same form as that of the original inspired writings. The variations of reading are of no consequence as to Bible teachings in general. And scholastic collations have corrected errors of any importance, so that today we enjoy an authentic and reliable text.

Scholar W. H. Green observed: “It may be safely said that no other work of antiquity has been so accurately transmitted.” (Archaeology and Bible History, by J. P. Free, 1964, p. 5)

Care in copying was effective in practically eliminating errors as evidenced by the Dead Sea Scroll of Isaiah, which is dated around 100 B.C.E. Though it was a thousand years older than previous manuscripts there are few differences, causing Professor Millar Burrows to observe in his book The Dead Sea Scrolls: “It is a matter for wonder that through something like a thousand years the text underwent so little alteration.”

Kenyon also stated: “The interval then between the dates of original composition and the earliest extant evidence becomes so small as to be in fact negligible, and the last foundation for any doubt that the Scriptures have come down to us substantially as they were written has now been removed. Both the authenticity and the general integrity of the books of the New Testament may be regarded as finally established.” —The Bible and Archaeology, 1940, pp. 288, 289.

The claim sometimes made that portions of the New Testament were removed in the early centuries of Christianity fails to bear up under scrutiny.

So, while Jehovah's Witnesses know that there are no perfect translations available we can be assured that God has preserved His Word to an exceptional degree and that “all Scripture is inspired of God and beneficial” (2Tim. 3:16, 17).