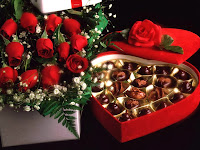 Notice what the publication How It Started had to say about St. Valentine's Day on pages 46-47:

"Ancient Romans placed great stress upon holidays that fell about the middle of the shortest month of the year. Dedicated to the goddess Juno, who was the wife of Jupiter, these festivals stressed love, courtship, and marriage.

"That was appropriate since Juno, queen of heaven, was regarded as the special protector of women in `critical times of life.'....

"When Christianity became the official religion of the Roman Empire by edict of Emperor Constantine, religious leaders immediately started trying to do away with pagan festivals. Many of them had been observed for so many centuries that they resisted all frontal attacks, so there were many efforts to bring about change in a more subtle fashion. One of the most effective was a substitution of a Christian [?] observance for a pagan one, with special ceremonies held on or near the date of the long-established holiday.

"Since the martyrdom of St. Valentine was celebrated on February 14, it made sense to stress homage to the man who was said to have been stoned to death on that day in A. D. 269. For that reason the name of a man about whom no written records exist came to be attached to the day formerly dedicated to Juno."

"Valentine's Day comes on the feast of two different Christian martyrs named Valentine. But the customs connected with the day ... probably came from an ancient Roman festival called Lupercalia which took place every February 15. The festival honored Juno, the Roman goddess of women and marriage, and Pan, the god of nature."

Some would say that it's wrong to pay such homage to dead men, whether "Saints" or not, but the Bible shows that it's incredibly wrong to mix in pagan ceremonies honoring pagan gods in the process. It would be wrong to incorporate anything used for pagan worship, into our worship or related activities. (2 Corinthians 6:14-18) Holidays, for example, are "Holy Days" and are a part of "worship", by their very name.

Because Valentine's Day is rooted in pagan rituals, it is therefore not celebrated by true Christians. Year-round expressions of genuine love are much more rewarding than the passing fancies of a sentimental holiday.

Posted by Elijah Daniels at 9:14 PM