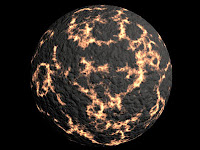 Do Jehovah’s Witnesses Believe That the Earth Was Created in Six 24-hour Days Some 10,000 Years Ago?

A careful study of the Creation account in Genesis reveals no conflict with established scientific facts. For that reason, Jehovah’s Witnesses disagree with “Christian” Fundamentalists and many Young Earth Creationists. (Also see: The Bible’s Viewpoint - Does Science Contradict the Genesis Account? g 9/06 pp. 18-20; Watchtower Online Library)

Furthermore, in some lands the term “creationist” is synonymous with Fundamentalist groups that actively engage in politics. These groups attempt to pressure politicians, judges, and educators into adopting laws and teachings that conform to the creationists’ religious code.

Jehovah’s Witnesses are politically neutral. They respect the right of governments to make and enforce laws. (Romans 13:1-7) However, they take seriously Jesus’ statement that they are “no part of the world.” (John 17:14-16) In their public ministry, they offer people the chance to learn the benefits of living by God’s standards. But they do not violate their Christian neutrality by supporting the efforts of Fundamentalist groups that try to establish civil laws that would force others to adopt Bible standards.—John 18:36.

The Creative 'Days' - How Long Was Each 'Day' and Were All 'Days' Uniform in Length? (Defend Jehovah's Witnesses)

How Does the Bible Show That the Creative Days Were Longer Than 24 Hours Each? (Defend Jehovah's Witnesses)

Posted by Elijah Daniels at 7:27 PM