How Likely is it For a Basic DNA Molecule to Form Spontaneously? 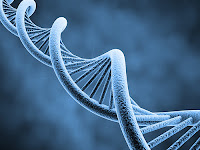 If evolution is true, then it should seem at least reasonably possible that DNA could have come about by means of a series of chance events.

Yet there are myriad chemical reactions that need to be precisely staged to form DNA.

For perspective, Dr. Emil Borel, an authority on probabilities, says that if there is less chance for something to happen than 1 in 10 to the 50th power (1 followed by 50 zeros), then it will never happen, no matter how much time is allowed.

So when Dr. Frank Salisbury of Utah State University, U.S.A., calculated the odds of the spontaneous formation of a basic DNA molecule essential for the appearance of life, the calculations revealed the probability to be so tiny (one in 1 followed by 415 zeros!) that it is considered mathematically impossible.

Actually, the odds for natural evolution are so incredibly poor that even noted evolutionists admit that it is virtually impossible, but they believe it anyway, because the only alternative (creation) is so repugnant to them.

This belief in the impossible by evolutionists is mainly because they don't want to believe in the alternative.

"universally accepted not because it can be proved by logically coherent evidence to be true, but because the only alternative, special creation, is clearly incredible."

WAS IT DESIGNED? - The Storage Capacity of DNA (JW.ORG)

Where Did the Instructions Come From? (lf question 3 pp. 13-21; Watchtower Online Library)

Posted by Elijah Daniels at 3:36 PM