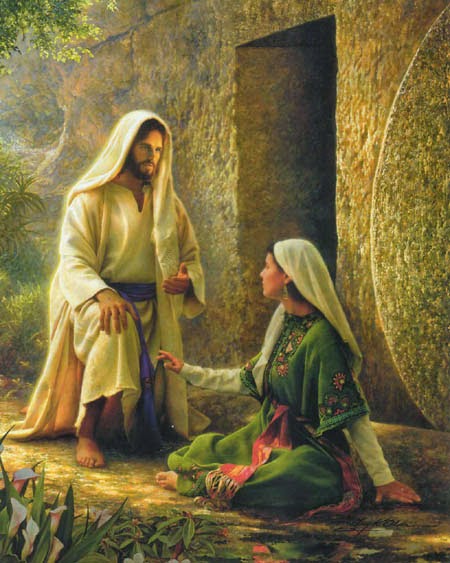 A new book based on interpretations of an Aramaic text argue that Jesus Christ was married to the woman the Bible says was his mother. The book also asserts the couple had two children.

ABC News reported, “In ‘The Lost Gospel,’ authors Simcha Jacobovici and Barrie Wilson argue that the original Virgin Mary was Jesus’ wife — not his mother and that there was an assassination attempt on Jesus’ life 13 years before he was crucified.” Their arguments are based on an ancient manuscript dating back nearly 1,500 years, one they say they found in a British library.”

Although the report quotes Mark Goodacre, a professor of religious studies at Duke University, as stating, “There is simply no evidence in this text or anywhere else that Jesus was married to Mary Magdalene, much less that they had a couple of children,” news outlets are covering the scandalous accusation as if it had merit, when in fact it does not.

What proof are the authors offering? They offer the document itself as proof. Do you believe a document written some 500 years after Jesus walked the earth can offer greater proof than the documents written during the same generation that actually knew Jesus? Scholars had already scrutinized the document and discarded it as insignificant, according to news sources.

The International Business Times reports that Jacobovici has published controversial takes on early Christianity in the past, including a 2002 documentary on a site of human skeletal remains he believed to show Jesus had a family. Later, the Discovery Channel named the site one of the top 10 scientific hoaxes of all time.

Of course, this is not the first claim that Jesus was married. A fragment of an ancient Egyptian papyrus known as the “Gospel of Jesus’s Wife” was unveiled in 2012, containing the phrase “Jesus said to them, ‘My wife...’”

This document was also written centuries after Jesus died. The discovery was announced at the 10th International Congress on Coptic studies held in Rome. But Stephen Emmel, a professor of Coptology at the University of Muenster in Germany, stated in an interview at the conference, “There’s something about this fragment in its appearance and also in the grammar of the Coptic that strikes me as being not completely convincing somehow.”

Some experts commented that the writing on the papyrus is “personal writing,” whereas in ancient manuscripts it would have been written in a more rigid way, similar to a printed text. At the conference Alin Suciu, a papyrologist at the University of Hamburg, said, “I would say it’s a forgery. The script doesn’t look authentic.”

Even if this proved to be an authentic product of a fourth-century writer, why would that carry more weight than the loyal, candid, gospel writers of the first century who either knew Jesus personally or lived in his era? It was no crime to be married. So why would anyone not report a marriage unless it never happened?

Why assume every article written about Jesus, hundreds of years after his death, was historical? Are we to assume that every writer in the past was a historian? People wrote for entertainment and fun even as they do today. Don’t be surprised if archaeologists dig up more baseless assertions about Jesus than these two.

That would harmonize with similar statements in the Bible at Revelation 19:7-8: “Let us be glad and rejoice and give him glory, for the marriage of the Lamb has come, and his wife has made herself ready. And to her it was granted to be arrayed in fine linen, clean and bright, for the fine linen is the righteous acts of the saints.” — New King James Version.

As Paul wrote to loyal first century Christians in 2 Corinthians 11:2, “I am jealous for you with a godly jealousy. I promised you to one husband, to Christ, so that I might present you as a pure virgin to him.” — New International Version. The relationship between Christ and Christians going to heaven is so close that their oneness was likened to a husband and wife in Scriptures like John 3:28-30, Ephesians 5:22-32 and Galatians 3:28.

The Scriptures are clear that Jesus knew his life would be short-lived, cut off in his prime (Matthew 16:21). Clearly, he came to die for our sins and glorify God, not marry and have children (John 3:16).

Based on a few incomplete sentences and one text written some 500 years after Jesus walked the earth, some people may be ready to dismiss centuries of documentation provided by eyewitness disciples of Christ. But for millions of Christians, the Bible is the best, most reliable source of information on the life and ministry of Christ.

Unfortunately, Bible critics will continue to feed the news media with sensational stories so these skeptics can make a name for themselves. True to its word, the Bible foretold at 2 Timothy 3:1-2 that in the “last days” men would be “blasphemers” and there has been no shortage of irreverent lies in our day.

Perhaps the words of Jesus at John 8:44 could be extended to certain people in our time? Jesus told a group of religious leaders who were slandering him, “You people are from your father the devil, and you want to do what your father desires. He was a murderer from the beginning, and does not uphold the truth, because there is no truth in him. Whenever he lies, he speaks according to his own nature, because he is a liar and the father of lies.” — New English Translation.

If, on the other hand, you do take the four gospels of the Bible to be the inspired Word of truth — to love, honor and cherish it — to have and to hold, for better or for worse, for richer, for poorer, in sickness and in health, from this day forward until death do you part — then feel free to respond by saying, “I do!”

Was Jesus Married? Did Jesus Have Siblings? (JW.ORG)

Posted by Elijah Daniels at 7:33 PM