How Important or Essential are the Subjects of Opposers of Jehovah's Witnesses?

Most other religions have proved that they will not change doctrines such as the Trinity, the immortal soul, and hell fire even though their own scholars admit these beliefs are not taught in Scripture. In contrast, Jehovah's Witnesses have always been willing to change any belief in order to harmonize better with increased knowledge of Scriptural teaching.

In reality, everything that opposers of Jehovah's Witnesses believe to be so important today is comparatively inconsequential. While Jehovah's Witnesses still adjust minor understandings of prophecy and periphery beliefs, major doctrines will not be changed because the doctrinal knowledge has increased so much that any recent changes have not been to doctrine but simple refinements in knowledge.

Opposers of Jehovah's Witnesses constantly have to go back many decades or more to find significant changes. Any recent adjustments in Witnesses' understandings must be over-exaggerated by opposers who cannot disprove the doctrines of Witnesses nor support their own beliefs Scripturally. This is why views that were presented in ancient articles by the early Bible Students just does not matter nor does it disprove what Jehovah's Witnesses believe now.

The very fact that opposers of Witnesses constantly resort to non-essential (and many times, ridiculous) arguments only proves that they realize that they have no real evidence against their beliefs.

As Peter said when even Jesus taught some things that stumbled his followers who didn't completely understand,

"Who shall we go to? You have the MESSAGE OF ETERNAL LIFE" - John 6:68 The Jerusalem Bible.

Many who became Jehovah's Witnesses came to this same conclusion in spite of some doubts about the certainty of various other teachings and scriptural interpretations by the Watchtower Society. Some of these teachings can seem quite important, but, even if wrong, these are not really the "messages of eternal life".

It's not worth being "right" and end up risk losing a hope of everlasting life for it. There must be priorities in all things. Being right in one area does not compensate for being wrong in a greater area. For instance, who would choose an operation to remove a small non-harmful blemish which may be causing some slight irritation when there is a distinct possibility that the operation itself will lead to death?

Opposers of Jehovah's Witnesses have occasionally made references (most of the details being incorrect) to J. F. Rutherford and "Beth - Sarim" in an attempt to discredit the Watchtower Bible and Tract Society. A look at the context and actual records would be beneficial:

"Brother Rutherford had a severe case of pneumonia after his release from unjust imprisonment during 1918-1919 because of his faithfulness to Jehovah. Thereafter he had only one good lung. It was virtually impossible for him to remain in Brooklyn, New York, during the winter and still carry out his duties as the Society's president. In the 1920's he went to San Diego under a doctor's treatment. The climate there was exceptionally good and the doctor urged him to spend as much time as possible in San Diego. That is what Rutherford did ultimately.

"In time, a direct contribution was made for the purpose of constructing a house in San Diego for Brother Rutherford's use. It was not built at the expense of the Watch Tower Society. Concerning this property, the 1939 book Salvation stated: `At San Diego, California, there is a small piece of land, on which, in the year 1929, there was built a house, which is called and known as Beth-Sarim.'" - p. 194.

By November of 1941 Brother Rutherford's condition compelled him to return to Beth-Sarim for his final illness. He died there January 8, 1942.
However, the Salvation book (written by Brother Rutherford) quoted above goes on to say:

"The Hebrew words `Beth Sarim' mean `House of the Princes'; and the purpose of acquiring that property and building the house was that there might be some tangible proof that there are those on earth today who fully believe God and Christ Jesus and in His kingdom, and who believe that the faithful men of old will soon be resurrected by the Lord, be back on earth, and take charge of the visible affairs of earth. The title to Beth-Sarim is vested in the Watch Tower Bible and Tract Society in trust, to be used by the president of the Society and his assistants for the present, and thereafter to be for ever at the disposal of the aforementioned princes on the earth. .... and if and when the princes do return and some of them occupy the property, such will be a confirmation of the faith and hope that induced the building of Beth-Sarim." - p.311.


Apparently Brother Rutherford had earlier written that he expected the return of these princes in the year 1925. I don't have a copy of that, but I see no reason to doubt it. Note, however, that Beth-Sarim wasn't built until 1929.

Money had been contributed for the specific purpose of "constructing a house in San Diego for Brother Rutherford's use" during his illnesses. The money, of course, could not be legally (or morally) used for any other purpose.

It's not surprising that in his book Brother Rutherford didn't care to detail these conditions which would have necessarily put his physical illnesses on public display. His decision to also dedicate this ground and building to those princes whom he truly expected to soon return is certainly understandable.

The fact that the princes did not return as soon as he expected was obvious even before Beth-Sarim was even built and certainly does not make Brother Rutherford a False Prophet.

How Do Jehovah's Witnesses View the Consumption of Alcohol? 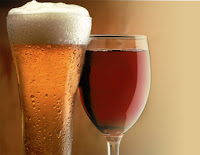 Jehovah’s Witnesses hold to the Bible as the standard for all their beliefs. So when it comes to alcoholic beverages, they acknowledge that the Bible’s view of alcoholic beverages is balanced. On the one hand, the Scriptures say that wine is a gift from God “that makes the heart of mortal man rejoice.” (Psalm 104:1, 15) Jesus himself often drank wine with his meals. (Matthew 11:18, 19) On the other hand, in condemning overindulgence the Bible uses the expressions “heavy drinking,” “excesses with wine, revelries, drinking matches,” ‘given to a lot of wine,’ and being “enslaved to a lot of wine.” (Luke 21:34; 1 Peter 4:3; 1 Timothy 3:8; Titus 2:3) The Bible forbids overindulgence in drinking. Drunkenness is a sin against God. (1 Corinthians 6:9-11)

The Bible helps to determine what constitutes a godly view of alcoholic beverages. Any amount of alcohol that may impair your “practical wisdom and thinking ability” as a Christian is too much alcohol. (Proverbs 3:21, 22) It also would seem unreasonable to conclude that a Christian would be “acceptable to God” if he drinks alcohol to the point of relinquishing his “power of reason”. (Romans 12:1)