Have Jehovah’s Witnesses Ever Claimed to be INSPIRED Prophets? (Defend Jehovah's Witnesses)

Posted by Elijah Daniels at 4:54 PM

Does 2 Corinthians 13:14 Prove That the Trinity Doctrine is Correct?

Many times another Scripture is used by trinitarians along with Matt. 28:19 which is also supposed to show the Father, Son, and holy spirit all being mentioned in the same breath. Somehow this is intended to prove that they are all equally God. That Scripture is 2 Cor. 13:14:

"The grace of the Lord Jesus Christ, and the love of God, and the communion of the Holy Spirit, be with you all." - ASV.

Does that verse really say the Father, the Son, and the holy spirit are three persons who constitute the one Most High God? Doesn't it say, instead, that the Lord Jesus Christ is one individual, the holy spirit is another individual (whether a person or a thing), and that God is another different individual?

Does it say Jesus is God? Does it say the holy spirit is God? No, it treats God as someone entirely separate from those two! So, either the inspired Bible writer is completely ignoring the person of the Father: "the grace of...Christ [an individual person]...the love of [a composite] God...and the communion of the spirit [an individual person or thing], or, since the Father alone really is the only true God (Jn 17:1, 3; 1 Cor. 8:6), Paul is including the person of the Father in this verse and properly identifying him alone as God (as all his readers at that time well knew - see the CREEDS and ISRAEL studies)!

The actual wording of the "trinitarian" 2 Cor. 13:14, when examined, proves it to be evidence against a trinity concept. (Analyze Luke 9:26 and 1 Tim. 5:21 in this "three mentioned together so they must be equal" manner of trinitarian "evidence.")

Scriptures that mention together the Father, the Son, and the Holy Spirit (rs p. 405-p. 426; Watchtower Online Library) 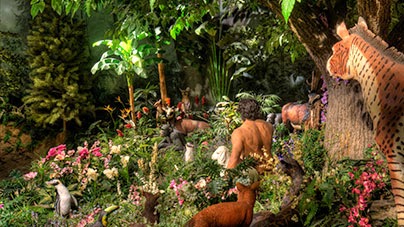 How Could God Produce Light on the First Creative Day if the Luminaries Were Not Made Until the Fourth Creative Day?

How could God produce light on the first day if the luminaries were not made until the fourth day?

"The divine will concerning luminaries was accomplished on Day Four, it being stated: “God proceeded to make the two great luminaries, the greater luminary for dominating the day and the lesser luminary for dominating the night, and also the stars. Thus God put them in the expanse of the heavens to shine upon the earth, and to dominate by day and by night and to make a division between the light and the darkness.” (Ge 1:16-18) In view of the description of these luminaries, the greater luminary was quite apparently the sun and the lesser luminary the moon, though the sun and moon are not specifically named in the Bible until after its account of the Flood of Noah’s day.—Ge 15:12; 37:9.

"Previously, on the first “day,” the expression “Let light come to be” was used. The Hebrew word there used for “light” is ʼohr, meaning light in a general sense. But on the fourth “day,” the Hebrew word changes to ma·ʼohr′, which refers to a luminary or source of light. (Ge 1:14) So, on the first “day” diffused light evidently penetrated the swaddling bands, but the sources of that light could not have been seen by an earthly observer. Now, on the fourth “day,” things evidently changed.

"It should be noted that, whereas Genesis 1:1 states that God “created” (Heb., ba·raʼ′) the heavens and the earth in the beginning, verses 16 and 17 state that, during the fourth creative “day,” “God proceeded to make [Heb., a form of ʽa·sah′] the two great luminaries, the greater luminary for dominating the day and the lesser luminary for dominating the night, and also the stars. Thus God put them in the expanse of the heavens to shine upon the earth.” The Hebrew word ʽa·sah′, often translated “make,” can mean simply to establish (2Sa 7:11), appoint (De 15:1), form (Jer 18:4), or prepare (Ge 21:8).


"Thus the record here states what the already existing sun, moon, and stars now became in relation to planet Earth. On the first “day” light (Heb., ʼohr) evidently gradually penetrated the cloud layers still enveloping the earth and would have become visible to an earthly observer, had he been present. (Ge 1:3) On the fourth “day” things changed." (Luminary; Insight-2 p. 284; Watchtower Online Library) 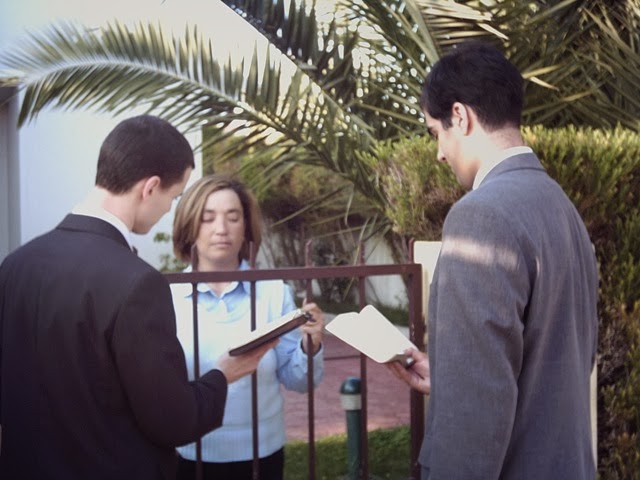 No. Jehovah’s Witnesses are Christians, but we do not consider ourselves to be Protestants. Why not?

Protestantism has been defined as a “religious movement opposing Roman Catholicism.” While it is true that Jehovah’s Witnesses disagree with teachings of the Catholic Church, we do not consider ourselves to be Protestants for the following reasons:

A number of Protestant beliefs conflict with what the Bible actually teaches. For example, the Bible teaches that “there is one God,” not a Trinity. (1 Timothy 2:5; John 14:28) And it clearly teaches that God punishes the wicked, not in hellfire, but with eternal destruction.—Psalm 37:9; 2 Thessalonians 1:9.

We do not protest against or attempt to reform the Catholic Church or any other religious group. On the contrary, we simply preach the good news of God’s Kingdom, endeavoring to help others build faith in that good news. (Matthew 24:14; 28:19, 20) We are interested, not in attempting to reform other religious groups, but in teaching sincere individuals the truth about God and his Word, the Bible.—Colossians 1:9, 10; 2 Timothy 2:24, 25. SOURCE - Are Jehovah’s Witnesses Protestants? (JW.ORG)

What Sort of People Are Jehovah’s Witnesses? (JW.ORG)

January 22, 2014 UPDATE: Jehovah’s Witnesses won a major court victory today when an appellate court
reversed an earlier ruling by a lower court that banned jw.org, the official website of Jehovah’s Witnesses, throughout Russia. The Regional Court of Tver conducted a new trial, which concluded that the decision of the Tsentralniy District Court on August 7, 2013, was unjustified, since there was no legal reason to ban the site. “Witnesses around the world are rejoicing at this victory,” states J. R. Brown, a spokesman at the Witnesses’ world headquarters. “Thanks to this legal victory, all citizens of Russia will continue to have access to this excellent Bible-education website.” SOURCE: http://www.jw.org/en/news/by-region/europe/russia/attempt-to-ban-website/

Posted by Elijah Daniels at 8:46 AM 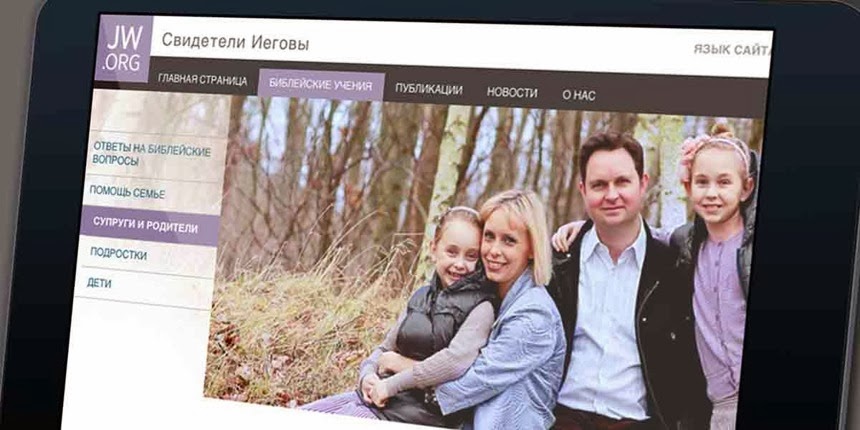 Posted by Elijah Daniels at 8:35 AM

Posted by Elijah Daniels at 8:33 AM

Posted by Elijah Daniels at 8:32 AM

Posted by Elijah Daniels at 8:30 AM