Did the Early Christians Refuse to Engage in War? 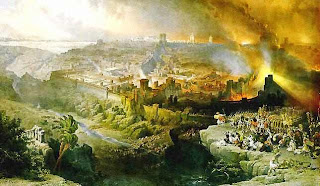 The Encyclopedia of Religion and War states: “The earliest followers of Jesus rejected war and military service,” recognizing these practices as “incompatible with the love ethic of Jesus and the injunction to love one’s enemies.”

The Encyclopedia of Religion and War says: “Christian writers prior to Constantine [Roman emperor 306-337 C.E.] unanimously condemned killing in war.”

And according to religion writer Jonathan Dymond, the early Christians “refused to engage in [war]; whatever were the consequences, whether reproach, or imprisonment, or death.” Dymond added: “These facts are indisputable.” Only when “Christianity became corrupted,” said another writer, did Christians become soldiers.

The book The Early Christian Attitude to War says: “Inasmuch as they [Jesus’ teachings] ruled out as illicit all use of violence and injury against others, clearly implied [was] the illegitimacy of participation in war . . . The early Christians took Jesus at his word, and understood his inculcations of gentleness and non-resistance in their literal sense. They closely identified their religion with peace; they strongly condemned war for the bloodshed which it involved.”

“A careful review of all the information available goes to show that, until the time of Marcus Aurelius [Roman emperor from 161 to 180 C.E.], no Christian became a soldier; and no soldier, after becoming a Christian, remained in military service.”—The Rise of Christianity (London, 1947), E. W. Barnes, p. 333.

“They refused to take any active part in the civil administration or the military defence of the empire. . . . it was impossible that the Christians, without renouncing a more sacred duty, could assume the character of soldiers, of magistrates, or of princes.”—History of Christianity (New York, 1891), Edward Gibbon, pp. 162, 163.


Noting an interesting parallel, lecturer in church history Geoffrey F. Nuttall commented: “The early Christian attitude to war was more like that of the people who call themselves JEHOVAH'S WITNESSES than it is comfortable for us to suppose.”