What Do Jehovah's Witnesses Believe Regarding the Concept of the Immortality of the Soul? 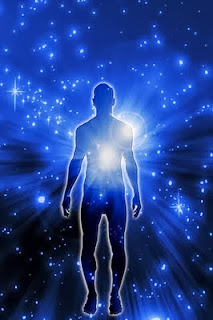 According to the Bible, at death the person or "soul" ceases to exist–it dies. This is 'soul-extinction' not "soul sleep" because there is no "sleeper."


The Biblical definition of the word "soul" is always used in reference to a living being, human or animal. The original language words for "soul" denote a "breathing creature" or "living being" and also can be used in the extended or metaphorical senses of "life."

The NEPHESH is the person, not an immaterial part of him that survives when his body dies.

Baker's Evangelical Dictionary of Biblical Theology: "Soul in the OT is never the ‘immortal soul' but simply the life principle or living being...Hebrew thought could not conceive of a disembodied nephesh."

"There is NO DICHOTOMY [two parts] of body and soul in the OT...The term nepes, though translated by our word soul, NEVER MEANS SOUL AS DISTINCT FROM THE BODY...The soul in the OT means NOT A PART of man, but the whole man-man as a living being."--The New Catholic Encyclopedia, 1967.

Therefore, when the Bible states that the soul dies, it is never speaking of a "separation" of body and soul. Death is the ceasing to exist of the whole person.

With the number of verses which explicitly state that the soul dies the doctrine of an immortal soul is impossible to defend Scripturally - all that can be done is to use ambiguous, parabolic and symbolic scriptures.

The belief that the soul is immortal is based on Satan’s lie that humans would not die if they rebelled against God (Gen. 3:4, 5). The pagan Babylonians, Egyptians and Greeks held this doctrine. It was introduced into Christendom as another corruption by the Platonic Philosophers.

"An immaterial and immortal soul which is thought of as some part of man separable from his mortal body is neither a biblical nor a Christian idea."--R. T. Dell, 'Soul Concept' in Encyclopedia of the Lutheran Church.

True Christians accept the explicit statements of God’s Word and reject all such corruptions of the Truth.

What is the Difference Between Soul and Spirit? (Defend Jehovah's Witnesses)