What Evidence is There That God Exists?

The belief in God comes from evidence found in the created order and proven scientific laws.

For example, the writer of Hebrews 3:4 presented a logically and scientifically sound argument for there being a Creator (Heb.1:1,2,10; 3:12).

The basic logical principal is "Every house, of course, is built by someone—and God is the one who has built all things."

The design in the universe gives irrefutable evidence that there must be a Creator. You cannot escape the basic logical and scientific Principle that "where there is a design, there is a designer." 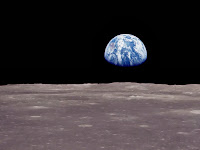 We may not have seen anyone build our house, but we have no doubt that it was build by a human because of the evidence in its design. If I insisted that some building just happened by accident or through some blind act of nature you'd say I was crazy. Yet, the creation around us is so much more precise in its design. Still, people want us to believe it "just happened" without a designer? A house requires a builder. This fundamental, incontestable principle applies at every level of matter. Whether you're discussing the universe or the smallest particle of matter, this principle still applies! If it has a design there must be a designer.

In a person's creation, we can even see evidence of the builders qualities. This is why Romans 1:20-22 says: "Ever since the creation of the world, the invisible existence of God and his everlasting power have been clearly seen by the mind's understanding of created things. And so these people have no excuse: they knew God and yet they did not honour him as God or give thanks to him, but their arguments became futile and their uncomprehending minds were darkened. While they claimed to be wise, in fact they were growing so stupid."

That is, any thinking person can just look at all the evidence in creation and know that there is a Creator. The creation is the proof of the existence of the Creator.

"All I have seen teaches me to trust the Creator for all I have not seen."--Ralph Waldo Emerson 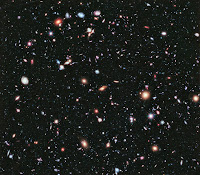 His existence is obvious, and only through willingly accepting the deceptions of this world can a person stop seeing the glory and majesty of God. "The heavens declare the glory of God; and the firmament shows his handiwork" (Ps.19)

There are many specific examples of creative design which gives irrefutable evidence of a creator. (You should get the books "Life How Did It Get Here?" and "Is There A Creator Who Cares About You?" from any one of Jehovah's Witnesses.)

Those who don't believe God inevitably believe in something else.

"Professor T. L . More, University of Cincinnati said: "The more one studies palaeontology, the more certain one becomes that evolution is based on faith alone; exactly the same sort of faith which it is necessary to have when one encounters the great mysteries of religion."

Most have accepted evolution on the basis of authority, because their professors told them so which is blind faith. Faith in evolution is also demonstrated by the attitude, "We can't explain it now, but give us more time and we will." That is a faith claim, not one founded on fact."