John 10:38 - Does This Scripture Really Prove That Jesus is God? 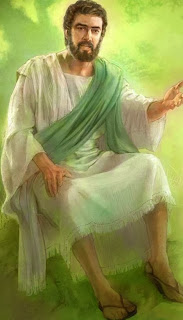 Some claim that this Scripture is proof that Jesus is God or of the Trinity.

We can understand what Jesus actually intended when he said "I am in the Father and the Father is in me" and "the Father is abiding in me." The relationship between "abiding in," "knowing," and "seeing" (horao in NT Greek) is commonly used FIGURATIVELY in the Bible. 1 John 2:3, 5, 6; 1 John 3:29 show the intended meaning for the figurative use of "abides." Horao ("see") can mean the same thing as "abiding in" or "knowing," and all three may have the figurative meaning of agreement in purpose and will with someone else.

There is no real reason to insist that this passage shows Jesus as being equally God with his Father. The probability is that, in harmony with the usage of the time, Jesus was merely saying that what he spoke came from God, and what he did is what God directed. He meant that understanding what he did and said was like knowing ("seeing") God (as, in a similar sense, those who literally saw angels sent by God and speaking God's words were said to have "seen God"). Jesus is totally in harmony with ("one" with) the Father in purpose so that we can "see" the Father's will in Jesus.
(Also see: In John 10:30, does Jesus say that he and his Father are one person?; Search For Bible Truths)

As in all other "Jesus is equally God" evidence, we find that the trinitarian "proof" is a Scripture that can honestly be translated or interpreted in at least one other way which would prove no such thing.

"Seen Me: Seen Father" - John 14:7-9 (Search For Bible Truths)
John 14:10 "Believest thou not that I am in the Father, and the Father in me? the words that I say unto you I speak not from myself: but the Father abiding in me doeth his works." - ASV.

Posted by Elijah Daniels at 9:11 AM