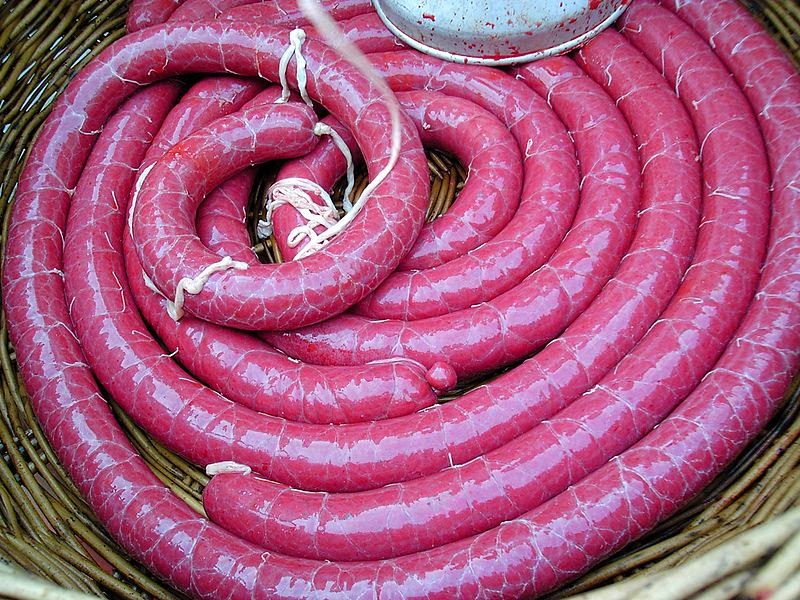 Blood Sausage Before CookingVery early in mankind's history, right after the global flood, when God first granted humans the right to eat animal flesh, He immediately made clear His view on the matter of handling blood. He commanded Noah and his family: "Every moving animal that is alive may serve as food for you. As in the case of green vegetation, I do give it all to you. Only flesh with its soul—its blood—you must not eat." (Genesis 9:3)

Later, God's law concerning blood was so important to Him that if an Israelite showed disregard for life as represented by the blood, it was viewed as a most serious wrong. The person deliberately disregarding this law about blood was to be "cut off," executed. (Leviticus 7:26, 27)

Note what M’Clintock and Strong’s Cyclopaedia says concerning this:

"This strict injunction not only applied to the Israelites, but even to the strangers residing among them. The penalty assigned to its transgression was the being ‘cut off from the people,’ by which the punishment of death appears to be intended (comp. Heb. x, 28), although it is difficult to ascertain whether it was inflicted by the sword or by stoning." -1882, Vol. I, p. 834


Could God's Moral Principle on Blood be Set Aside in Times of Emergency?

Consider the example of what occurred with some soldiers of Israel in the days of King Saul:

Some of the soldiers of Israel became extremely hungry after a long battle and slaughtered sheep and cattle and "fell to eating along with the blood." Their aim was not to deliberately eat blood, but they did end up hastily eating the meat from animals that were not bled properly. Did the fact that this seemed to be an "emergency" excuse their course? No. Their action was labeled as "sinning against Jehovah by eating along with the blood."


God's High Regard For Blood

So why does God regard blood as so important? The soul is said to be "in" the blood because blood is so intimately involved in the life processes: "For the soul of the flesh is in the blood, and I myself have put it upon the altar for you to make atonement for your souls, because it is the blood that makes atonement by the soul in it." (Lev. 17:11)

Therefore, it is not to be eaten: 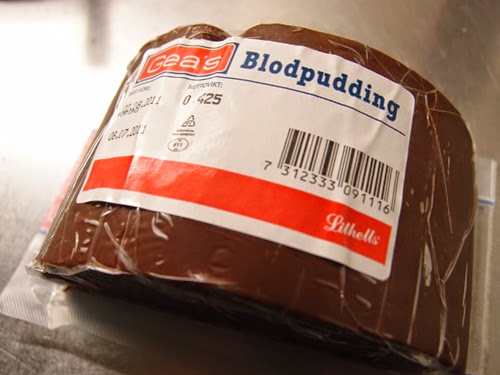 Blood Pudding The above Scriptures do not simply outline a diet restriction. By reasonably examining the above Scriptures, it is apparent that God Himself attached a highly important moral principle to blood. God is our Creator and Life-giver. Since He obviously regards life and blood as sacred, He commanded that we view it that way too. By pouring out all the blood that reasonably could be drained out, Noah and his descendants would manifest their regard for the fact that life was from and depended upon the Creator.

God clarified that the same principle would not just apply to animal blood, but to human blood as well...with even stronger force. God said: "Besides that, your blood of your souls shall I ask back. . . . Anyone shedding man’s blood, by man will his own blood be shed, for in God’s image he made man." (Genesis 9:5, 6) If animal blood (representing animal life) was of sacred significance to God, obviously human blood had a sacred significance of even greater value.

Andrew Fuller, viewed as "perhaps the most eminent and influential of Baptist theologians," wrote:

"This, being forbidden to Noah, appears also to have been forbidden to all mankind; nor ought this prohibition to be treated as belonging to the ceremonies of the Jewish dispensation. It was not only enjoined before that dispensation existed, but was enforced upon the Gentile Christians by the decrees of the apostles, Acts XV. 20. . . . Blood is the life, and God seems to claim it as sacred to himself." - The Complete Works of the Rev. Andrew Fuller (1836), p. 751.

What Does the Bible Say About Blood Transfusions? (JW.ORG)

The Real Value of Blood (JW.ORG)

Posted by Elijah Daniels at 8:59 AM