Does Elohim Mean a "Plural Oneness" or a "Plurality of Persons"? 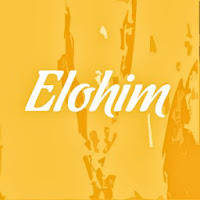 Elohim does not mean a "plural oneness" or a "plurality of persons".

That the Hebrew plural is often used for a singular noun to denote "a `plural' of majesty or excellence" is well-known by all Biblical Hebrew language experts and has been known from at least the time of Gesenius (1786-1842), who is still regarded as one of the best authorities for Biblical Hebrew.

Gesenius' Hebrew-Chaldee Lexicon to the Old Testament ("long regarded as a standard work for students"), p. 49, shows that elohim, is sometimes used in a numerically plural sense for angels, judges, and false gods.  But it also says,

"The plural of majesty [for elohim], occurs, on the other hand, more than two thousand times."  And that elohim when used in that sense "occurs in a [numerically] singular sense" and is "constr[ued] with a verb ...  and adjective in the singular."

"The pluralis excellentiae or maiestatis ... is properly a variety of the abstract plural, since it sums up the several characteristics belonging to the idea, besides possessing the secondary sense of an intensification of the original idea.  It is thus closely related to the plurals of amplification .... So, especially Elohim ... `God' (to be distinguished from the plural `gods', Ex. , etc.) .... That the language has entirely rejected the idea of numerical plurality in Elohim (whenever it denotes one God) is proved especially by its being almost invariably joined with a singular attribute."

"Applied to the one true God, it is the result in the Hebrew idiom of a plural magnitude or majesty.  When applied to the heathen gods, angels, or judges ..., Elohim is plural in sense as well as form." - p. 208.

The American Journal of Semitic Languages and Literatures, Vol. xxi, July 1905 (Aaron Ember) tells us:  "several phenomena in the universe were designated in Hebrew by plural expressions because they inspired the Hebrew mind with the idea of greatness, majesty, grandeur, and holiness."

"Various theories have been advanced to explain the use of the plural elohim as a designation of the God of Israel.  least plausible is the view of the Old Theologians, beginning with Peter Lombard (12th century A. D.), that we have in the plural form a reference to the Trinity .... that the language of the OT has entirely given up the idea of plurality [in number] in elohim (as applied to the God of Israel) is especially shown by the fact that it is almost invariably construed with a singular verbal predicate, and takes a singular attribute.

"...elohim must rather be explained as an intensive plural denoting greatness and majesty, being equal to the Great God.  It ranks with the plurals adonim [`master'] and baalim [`owner', `lord'] employed with reference to [individual] human beings."

"Heb. elohim, a plural noun ... it seems to point out a superabundance of qualities in the Divine Being rather than a plurality of persons ....  It is found almost invariably accompanied by a verb in the singular number."

Both Exodus and 7:1 show God calling Moses "a god" (elohim).  This alone shows the error of some that the plural elohim must mean a "plural oneness" unless we want to believe Moses was a multiple-person Moses.

And The New International Dictionary of New Testament Theology, Zondervan Publishing, 1986, tells us:

The NIV Study Bible says about elohim in its footnote for Gen. 1:1:

"This use of the plural expresses intensification rather than number and has been called the plural of majesty, or of potentiality." – p. 6, Zondervan Publ., 1985.

And the New American Bible ( ed.) tells us in its "Bible Dictionary" in the appendix:

"ELOHIM.  Ordinary Hebrew word for God.  It is the plural of majesty." – Catholic Book Publishing Co., 1970.

A Dictionary of the Bible by William Smith (Smith's Bible Dictionary, p. 220, Hendrickson Publ.) declares:
"The fanciful idea that [elohim] referred to the trinity of persons in the Godhead hardly finds now a supporter among scholars.  It is either what grammarians call the plural of majesty, or it denotes the fullness of divine strength, the sum of the powers displayed by God."

And the prestigious work edited by says about this:

"It is exegesis of a mischievous if pious sort that would find the doctrine of the Trinity in the plural form elohim [God]" ("God," Encyclopedia of Religion and Ethics).

To show how ancient Jewish scholars themselves understood this we can look at the work of the seventy Hebrew scholars who translated the ancient Hebrew Scriptures (OT) into Greek several centuries before the time of Christ.  The Greek language did not use the "plural of excellence" that the Hebrew did.  So, if we see a plural used in the Greek Septuagint, it was really intended to represent more than one individual.

So how is elohim rendered in the Greek Septuagint by those ancient Hebrew scholars?  Whenever it clearly refers to Jehovah God, it is always found to be singular in number (just as in New Testament Greek): theos .   Whenever elohim clearly refers to a plural (in number) noun, it is always found to be plural in number in Greek (just as in the New Testament Greek): "gods" theoi (nominative) or theois (accusative).

For example:  "I am the Lord thy God [elohim - plural of excellence in Hebrew becomes theos - singular in the Greek Septuagint]" - Ex. 20:2.  And "know that the Lord he is God [as always, the plural elohim, as applied to the God of Israel, becomes the singular, theos in the Septuagint] he made us..." - Ps. 100:3.

But when elohim really does mean plural in number, we see it rendered into the Greek plural for "gods" in the Septuagint:  "Thou shalt not worship their gods [elohim in Hebrew becomes theois - plural in the Greek Septuagint], nor serve them .... And thou shalt serve the Lord thy God [singular - Greek]." - Ex. 23:24-25.

The plural elohim argument is no more proper than the plural "faces" argument:  When the Hebrew scriptures speak of the face of God, they invariably use the plural Hebrew word which is literally "faces" (e.g. Ex. 33:20, Num. , Ps. ).  Obviously, according to this type of trinitarian reasoning, to have "faces" God must be more than one person!
It is apparent to any competent OT Bible scholar that "faces" is used in a similar manner to the plural "elohim."  That is, the plural "faces" is used in a  singular sense in the ancient Hebrew idiom.

We only have to look at other uses in the Bible.  King David, for example, is described with the plural "faces" usage: 2 Sam. uses the plural "faces" twice for King David!  This scripture, when translated into the ancient Greek Septuagint hundreds of years before Christ, used the singular "face" in Greek.  The same thing has happened in many scriptures, e.g. 2 Ki. (Jehoshaphat) and 2 Ki. (an official).

Likewise, as with the plural elohim, the New Testament writers never followed the Hebrew plural usage for "face," but always used the singular "face" for God (e.g., Heb. 9:24).  How extremely strange if they really believed God was more than one person.

We see exactly the same thing happening for translations of the plural elohim in the ancient Septuagint and in the Christian NT.

Yes, all the NT Bible writers, whether quoting from the OT or writing their own God-inspired NT scriptures, always used the singular "God" (theos) in NT Greek when speaking of the only true God of the Bible.  (If the plural form had been used for the only true God, we would even discover a new "trinity" at John 10:34.)

It is absolutely incredible that John, Paul, and the other inspired NT writers would not have used the plural Greek form to translate the plural Hebrew form of "God" if they had intended in any degree to imply that God was in any way more than one person!

God and gods (Examining the Trinity)