Why, while hanging on the stake, did Jesus Christ cry out, "My God, my God, why have you forsaken me?"

At Mark 15:34, Jesus' final recorded words were: '"Eìli, Eìli, laìma saqbachqthaìni?" which means, when translated: "My God, my God, why have you forsaken me?"

Why, while hanging on the stake, did Jesus Christ cry out, "My God, my God, why have you forsaken me?"—U.S.A.

Jesus' question was a quotation from a psalm of David. (Ps. 22:1) In David's case the question related to a momentary condition of abandonment. Surrounded by enemies, David found himself in a situation that made it appear that he was completely forsaken by Jehovah. The tremendous strain resulting therefrom moved David to ask why it had happened despite his being unaware of any guilt. But David had not lost faith, for in the same psalm he prayed: "Do make haste to my assistance."—Ps. 22:16-19.

Similarly, when uttering the words of Psalm 22:1, Jesus keenly sensed that his Father had momentarily withdrawn his protection and "forsaken" or released him into the hands of his enemies, to die as an accursed criminal on a stake. (Gal. 3:13) In asking "why," Jesus did not imply that he did not know the reason for this abandonment nor was he expecting an answer from his Father. The situation is comparable to that of a Christian who knows the reason for human suffering but is moved, under the weight of intense difficulties, to ask "why" either silently or audibly. The questioner thereby reveals that he has no reason to think that the suffering is due to his transgressions. Thus, besides fulfilling Psalm 22:1, Jesus' outcry evidently served to confirm his innocence and focused on the real purpose for his suffering.—Matt. 27:46; compare John 12:27, 28, 33.
--------------------------------------------------------

The following is an excerpt from an article at JWitness Forum: 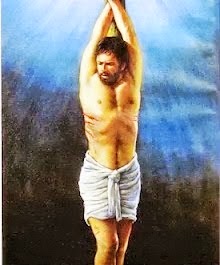 Why did Jesus cry out that God had "abandoned him" as he died?

Firstly, note that Matthew (the same author that reported Jesus final cry of 'abandonment' ALSO reported (in the same book) that some time earlier Jesus has said he would be killed but that on ".. the third day he will be raised up.” (See Matthew 17:23; Mark 10:45b) and both Matthew and Mark report Jesus' agony in Gethsemane which show he knew the events that were going to unroll.

So why did Jesus cry out that God had 'forsaken' him? (Matt. 27:46; Mark 15:34)? Jesus was first and foremost fulfilling prophecy as seen in Psalms 22:1 but this prophecy likely full reflected his feelings at the time. As was the case for the patriarch Job, Jehovah had removed his protection from Jesus; His father at that moment did not protect him from the feelings and effects of Satan's full attack and perhaps for the first time Jesus was totally vulnerable and exposed.

The Bible also says that Jesus indeed 'learned' things from his experiences on Earth (Hebrews 5:8). So while he [must have known] what his Father was going to allow, he obviously did not know how it would FEEL to experience them until he did. When he died, Jesus carried the burden of the "sins of the world" (John 1:29; see also Isaiah 53:4) and doing so learned what it meant to feel totally abandoned.

Remember, feeling and BEING abandoned are not the same thing. To illustrate: Many of us have felt misunderstood or unloved at some time or another. This may or may not be an actual statement of fact. Nevertheless, exclaiming "Why does nobody love me?!" is usually less a statement of fact [than it is] a reflection of how we are FEELING at the time.

Psalm 22 shows that the Messiah, even though he was perfect, would truly learn what it felt like to be an imperfect human cut off from his Creator. Amazingly, even in his agony, Jesus fulfilled this final heart-breaking prophecy.

"God abandoned Jesus to his enemies by taking away His protection so that Christ’s integrity might be fully tested." (w11 8/15 pp. 12-16; Watchtower Online Library)

Posted by Elijah Daniels at 4:31 PM