The “New World Translation”—Scholarly and Honest

Back in the 16th century, opposers said that Martin Luther’s translation of the Bible was "FULL of falsifications!” They believed they could prove that Luther’s Bible contained “1,400 heretical errors and lies.” Today, Luther’s Bible is viewed as a landmark translation. The book Translating the Bible even calls it “a work of genius”! 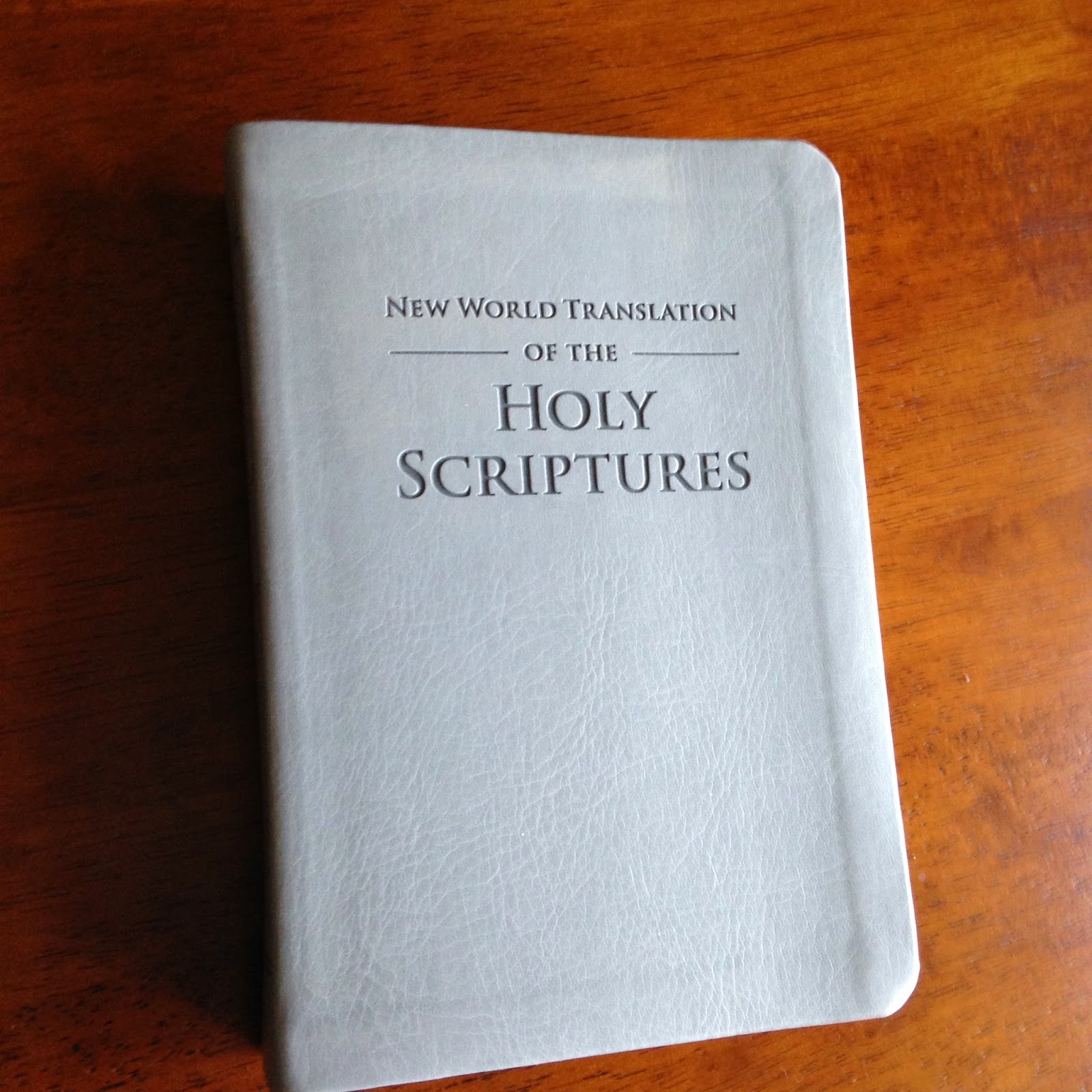 The New World Translation Bible
In this 20th century, the New World Translation has also been charged with falsification. Why? Because it departs from the traditional rendering of many verses and stresses the use of God’s name, Jehovah. Hence, it is unconventional. But does this make it false? No. It was produced with much care and attention to detail, and what may appear unfamiliar represents a sincere effort to represent carefully the nuances of the original languages. Theologian C. Houtman explains the reason for the unorthodoxy of the New World Translation: “Various traditional translations of important terms from the original text have been discarded, apparently in order to arrive at the best possible understanding.” Let us consider some examples of this.

Other Translations Support the NWTCertain unfamiliar terms supposedly invented by Jehovah’s Witnesses are supported by other Bible translations or reference works. At Luke 23:43, the New World Translation records Jesus’ words to the criminal executed with him: “Truly I tell you today, You will be with me in Paradise.” In the original Greek, there were no punctuation marks such as commas; but usually some kind of punctuation is inserted by translators to help with the reading. Most, however, make Luke 23:43 read as though Jesus and the criminal were bound for Paradise that very day. The New English Bible reads: “I tell you this: today you shall be with me in Paradise.” Not all convey this thought, however. Professor Wilhelm Michaelis renders the verse: “Truly, already today I give you the assurance: (one day) you will be together with me in paradise.” This rendering is much more logical than that of The New English Bible. The dying criminal could not have gone with Jesus to Paradise that same day. Jesus was not resurrected until the third day after his death. In the meantime he was in Hades, mankind’s common grave.—Acts 2:27, 31; 10:39, 40.

According to Matthew 26:26 in the New World Translation, Jesus, when instituting the celebration of the Lord’s Evening Meal, says of the bread that he passes to his disciples: “This means my body.” Most other translations render this verse: “This is my body,” and this is used to support the doctrine that during the celebration of the Lord’s Evening Meal, the bread literally becomes Christ’s flesh. The word translated in the New World Translation as “means” (es·tin´, a form of ei·mi´) comes from the Greek word meaning “to be,” but it can also signify “to mean.” Thus, Thayer’s Greek-English Lexicon of the New Testament says that this verb “is often i.q. [equivalent to] to denote, signify, import.” Indeed, “means” is a logical translation here. When Jesus instituted the Last Supper, his flesh was still on his bones, so how could the bread have been his literal flesh?

John 1:1c - NWT is Not AloneAt John 1:1 the New World Translation reads: “The Word was a god.” In many translations this expression simply reads: “The Word was God” and is used to support the Trinity doctrine. Not surprisingly, Trinitarians dislike the rendering in the New World Translation. But John 1:1 was not falsified in order to prove that Jesus is not Almighty God. Jehovah’s Witnesses, among many others, had challenged the capitalizing of “god” long before the appearance of the New World Translation, which endeavors accurately to render the original language. Five German Bible translators likewise use the term “a god” in that verse. At least 13 others have used expressions such as “of divine kind” or “godlike kind.” These renderings agree with other parts of the Bible to show that, yes, Jesus in heaven is a god in the sense of being divine. But Jehovah and Jesus are not the same being, the same God.—John 14:28; 20:17.

At Luke 4:18, according to the New World Translation, Jesus applied to himself a prophecy in Isaiah, saying: “Jehovah’s spirit is upon me.” (Isaiah 61:1) Many object to the use of the name Jehovah here. It is, however, just one of the more than 200 places where that name appears in the New World Translation of the Christian Greek Scriptures, the so-called New Testament. True, no early surviving Greek manuscript of the “New Testament” contains the personal name of God. But the name was included in the New World Translation for sound reasons, not merely on a whim. And others have followed a similar course. In the German language alone, at least 11 versions use “Jehovah” (or the transliteration of the Hebrew, “Yahweh”) in the text of the “New Testament,” while four translators add the name in parentheses after “Lord.” More than 70 German translations use it in footnotes or commentaries.

In Israel, God’s name was pronounced without inhibition for more than a thousand years. It is the name that appears most frequently in the Hebrew Scriptures (“Old Testament”), and there is no convincing proof that it was unknown to the general public or that its pronunciation had been forgotten in the first century of our Common Era, when Jewish Christians were inspired to write the books of the “New Testament.”—Ruth 2:4.

Wolfgang Feneberg comments in the Jesuit magazine Entschluss/Offen (April 1985): “He [Jesus] did not withhold his father’s name YHWH from us, but he entrusted us with it. It is otherwise inexplicable why the first petition of the Lord’s Prayer should read: ‘May your name be sanctified!’” Feneberg further notes that “in pre-Christian manuscripts for Greek-speaking Jews, God’s name was not paraphrased with kýrios [Lord], but was written in the tetragram form [YHWH] in Hebrew or archaic Hebrew characters. . . . We find recollections of the name in the writings of the Church Fathers; but they are not interested in it. By translating this name kýrios (Lord), the Church Fathers were more interested in attributing the grandeur of the kýrios to Jesus Christ.” The New World Translation restores the name to the text of the Bible wherever there is sound, scholarly reason to do so.—See Appendix 1D in the Reference Bible.

Some criticize the form “Jehovah” by which the New World Translation renders God’s name. In Hebrew manuscripts, the name appears just as four consonants, YHWH, and many insist that the proper pronunciation is “Yahweh,” not “Jehovah.” Hence, they feel that using “Jehovah” is a mistake. But, in truth, scholars are by no means in agreement that the form “Yahweh” represents the original pronunciation. The fact is that while God preserved the spelling of his name “YHWH” over 6,000 times in the Bible, he did not preserve the pronunciation of it that Moses heard on Mount Sinai. (Exodus 20:2) Therefore, the pronunciation is not of the utmost importance at this time.

In Europe the form “Jehovah” has been widely recognized for centuries and is used in many Bibles, including Jewish translations. It appears countless times on buildings, on coins and other objects, and in printed works, as well as in many church hymns. So rather than trying to represent the original Hebrew pronunciation, the New World Translation in all its different languages uses the form of God’s name that is popularly accepted. This is exactly what other Bible versions do with all the other names in the Bible.


Why the Harsh Criticism?

Luther’s Bible was criticized because it was produced by a man who exposed the shortcomings of the traditional religion of his day. His translation opened the way for ordinary people to see the truth of much of what he said. Similarly, the New World Translation is criticized because it is published by Jehovah’s Witnesses, who outspokenly declare that many of Christendom’s doctrines are not found in the Bible. The New World Translation—indeed, any Bible—makes this evident. 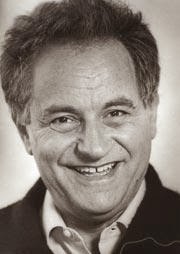 In fact, the New World Translation is a scholarly work. In 1989, Professor Benjamin Kedar of Israel said: “In my linguistic research in connection with the Hebrew Bible and translations, I often refer to the English edition of what is known as the New World Translation. In so doing, I find my feeling repeatedly confirmed that this work reflects an honest endeavor to achieve an understanding of the text that is as accurate as possible. Giving evidence of a broad command of the original language, it renders the original words into a second language understandably without deviating unnecessarily from the specific structure of the Hebrew. . . . Every statement of language allows for a certain latitude in interpreting or translating. So the linguistic solution in any given case may be open to debate. But I have never discovered in the New World Translation any biased intent to read something into the text that it does not contain.” —March 1, 1991 Watchtower, page 26-30. WTBTS

For more concerning the New World Translation from this site, see:

Index of Links and Pages that Defend the New World Translation

Why was the New World Translation Bible Printed, and How Accurate is it?

Why Did The Translators of the New World Translation Bible Choose to Remain Anonymous?

Why are some verses missing in the New World Translation Bible?

Addressing The Claim That The New World Translation is "Biased"

Did Jehovah's Witnesses Really "Change the Original Meaning of the Bible to Suit their Beliefs" as Opposers Claim?

Was Johannes Greber a "source" for the New World Translation?

Does the Name 'Jehovah' Belong in the New Testament?

"Jehovah" in The New Testament

Why Does the New World Translation Use the Word “Impaled” where Most Bible Translations Say Christ Was “Crucified”?

Why Does the New World Translation Use the Expression "magic-practicing priests" in Genesis, Exodus and Daniel? (hhartumim')

Why Does the New World Translation Bible Say, "God's Active Force" at Genesis 1:2?

Translation and revision of Lev 23:21 proves that the NWT Bible translators DID know Hebrew

Matt. 25:46 and the New World Translation - Does Kolasis Here Mean "Cutting Off" or "Punishment"?

Luke 23:43, Punctuation and the New World Translation - Links to Information

John 14:14 and the New World Translation

The New World Translation and the use of "Other" at Col. 1:16

Why does the NWT at Col. 2:9 state that in Jesus "all the fullness of the divine quality dwells bodily," when other translations say, "dwells the fullness of Deity/Godhead?'"